The nice thing about taking the bus rather than flying is that we don’t have to worry about how much things weigh, and can pack really quickly using the shove-it-all-in-there-and-lock-it-up method. Quickest packing to date.

We grabbed a quick breakfast before checking out. It was 62 degrees out and chilly. We were going to sit on the patio, but the sweet woman working there really didn’t want us to get cold and gently suggested we stay indoors. She gave me a hug. It was very cute as she was pretty worried when it seemed like we were going to sit out there.

Even though we were only a few blocks from the bus station, we asked if we could get a ride there since we had the luggage and the ‘sidewalks’ aren’t really that great to try to roll it on. They kindly said no problem, and that was good because when he dropped us off he also checked to see if our bus was there yet.

This is the bus station: 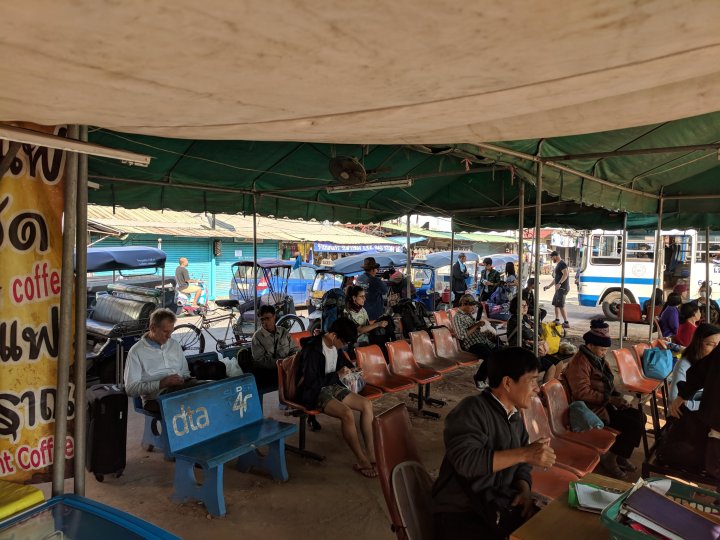 The bus arrived and we got settled.

We were given a bottle of water and a roll of off-brand oreos. Some views along the way:

They did not speak English, but luckily Chiang Mai was the only stop and it was pretty obvious when they made the announcement in Thai that we were near the station. We easily got a taxi to the hotel and the room was ready. Easy peasy. We relaxed for a little bit, then went and got some lunch.

It was a cute place called Baan nana. Get it?

We saw a couple of temples, as you do in Chiang Mai – they are all over. 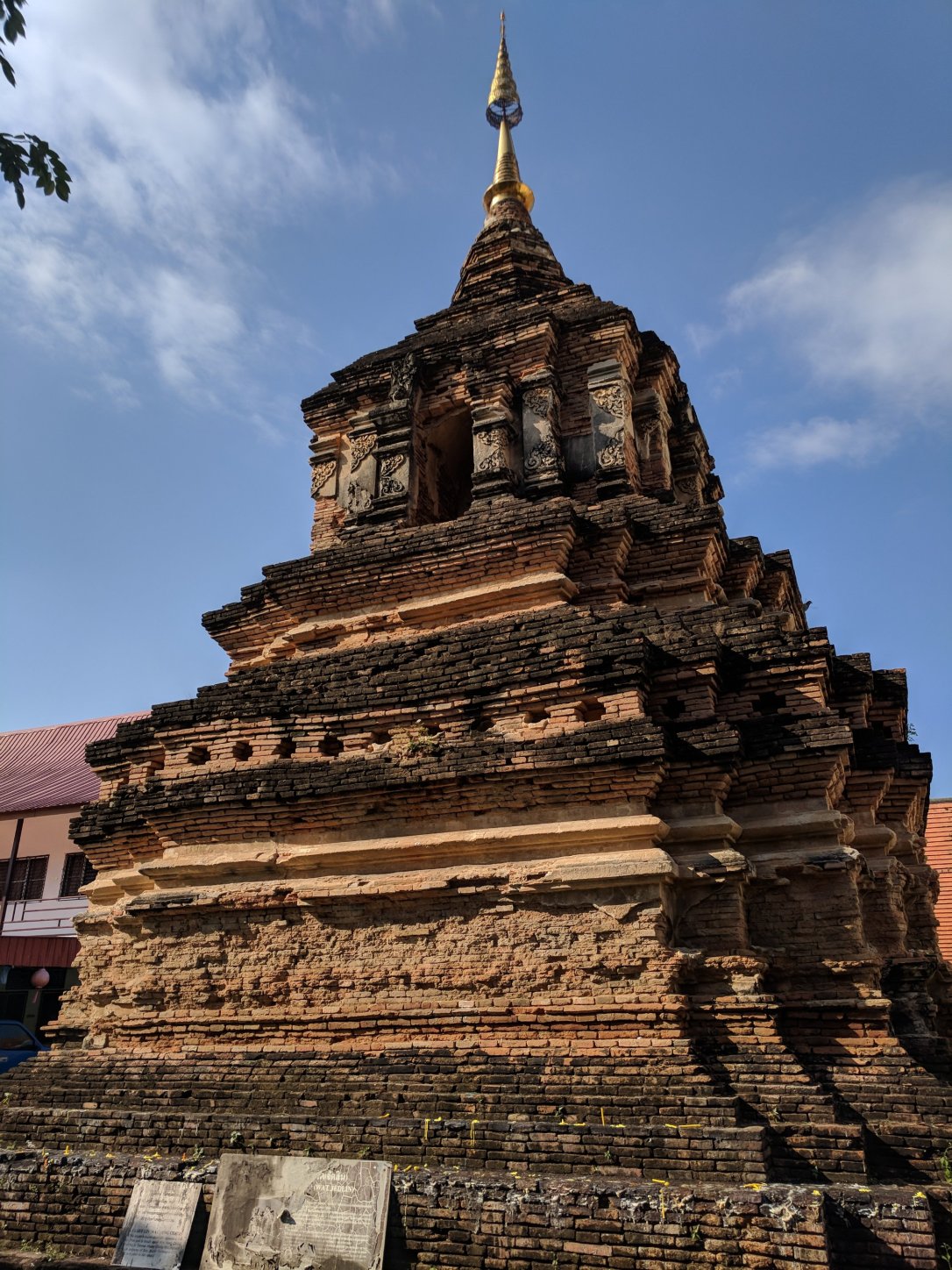 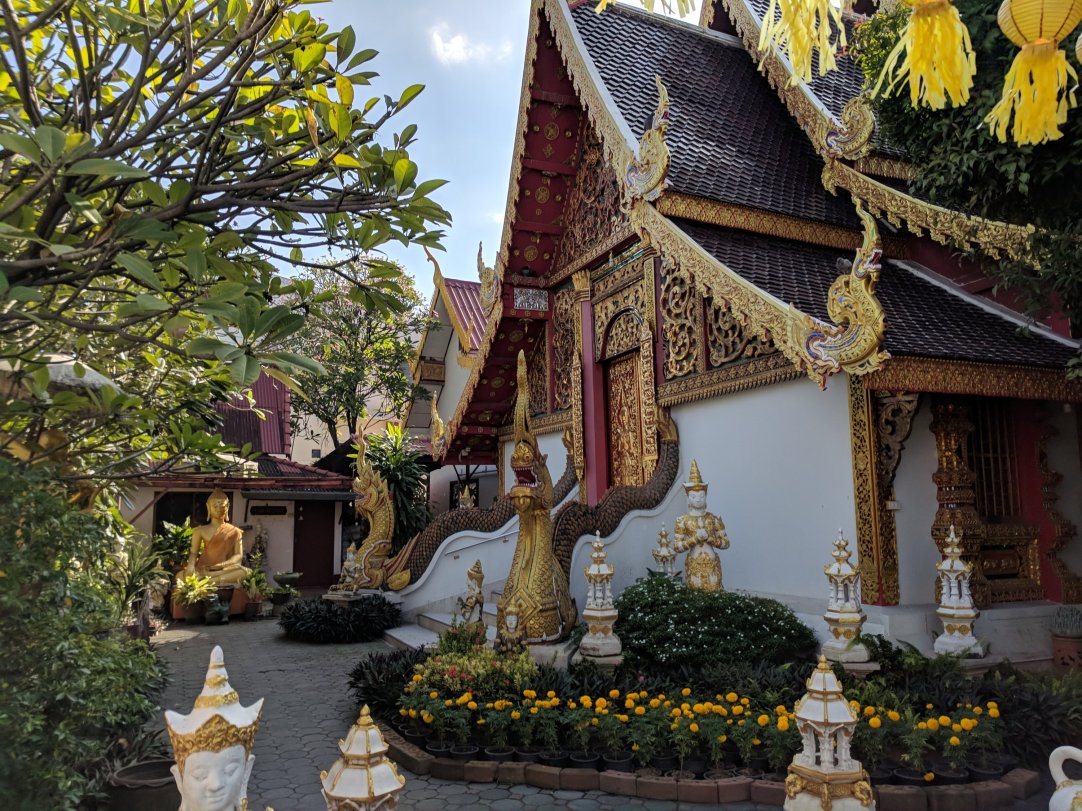 They were updating the exterior of one of the temples and you could buy a shingle for less than $1 and put anything you wanted on it, so we did:

Then we headed back to the hotel for a rest. My stomach was making noises and I was slightly worried. Remember the river water from the day before? Spoiler Alert: I’m fine. Shew. I will say that Sal told me tonight that he has been rinsing his toothbrush with the tap water. He likes living on the edge.

We went to a burger place for dinner and I had pasta. Ha. It was ok.

Tomorrow is our day with the elephants. I REPEAT: ELLIES TOMORROW!