Today was our transfer day. We decided to have our big suitcase forwarded to Tokyo so we wouldn’t need to take it with us the next 5 days, schlepping on trains and busses. The luggage forwarding in Japan is a real plus and reasonably priced. I think you can forward for up to a week in advance — very convenient!

Our first train was the bullet train, which in retrospect was unfortunate because we went from a great, smooth ride to the local train that was extremely jerky. There really wasn’t an alternative, though. Back to the bullet train! 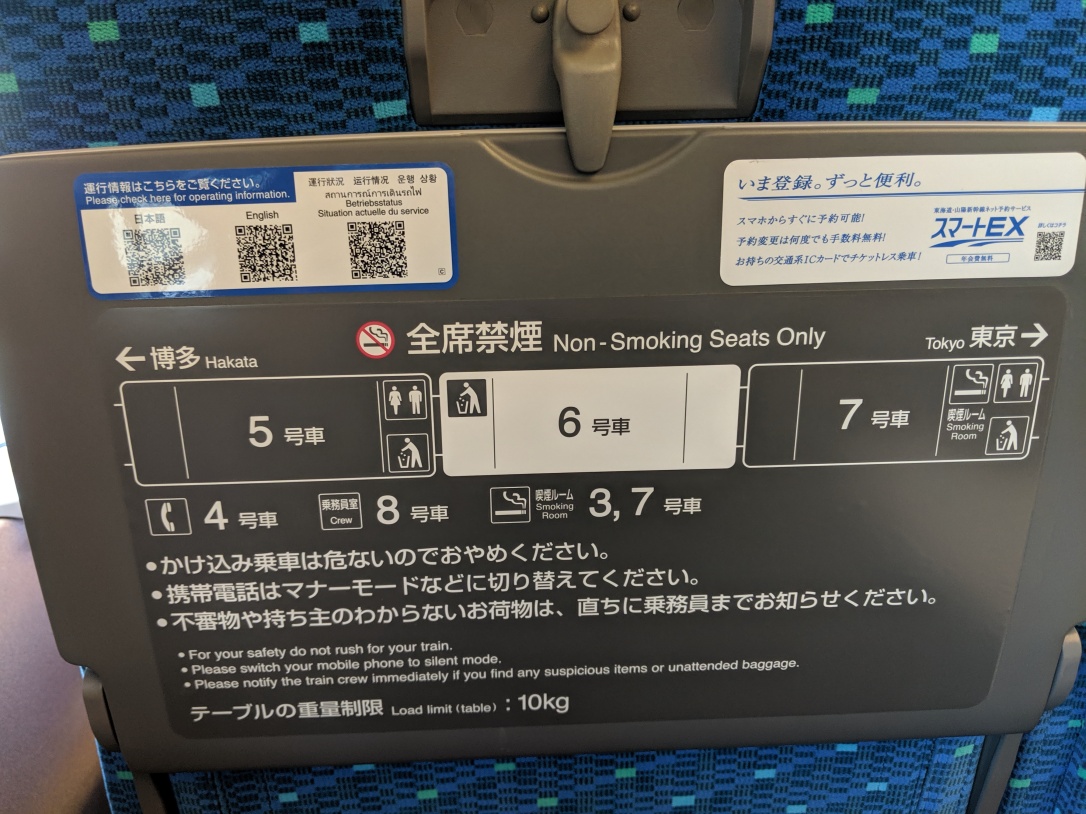 The ride was smooth, fast, and comfortable. Can’t recommend highly enough. We enjoyed the scenery.

Our bullet train ride was only 30 minutes, then we switched to a more local train. At the station we bought our first bento boxes — chicken & pork. 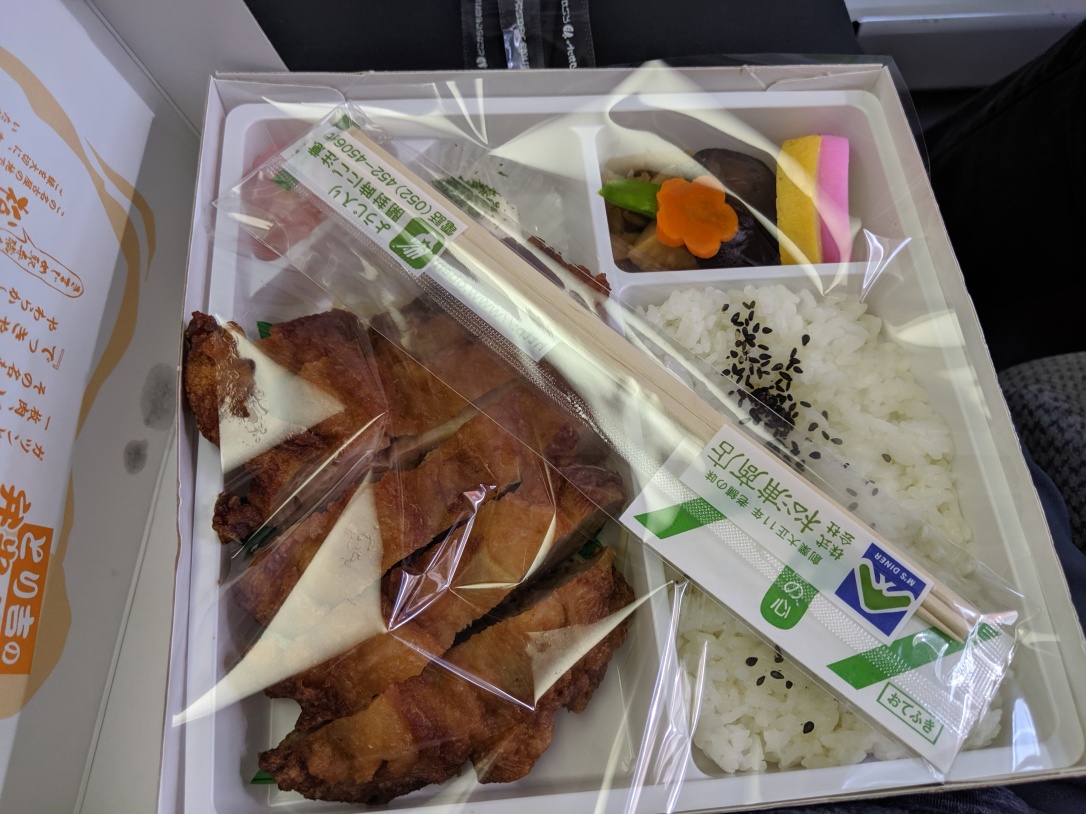 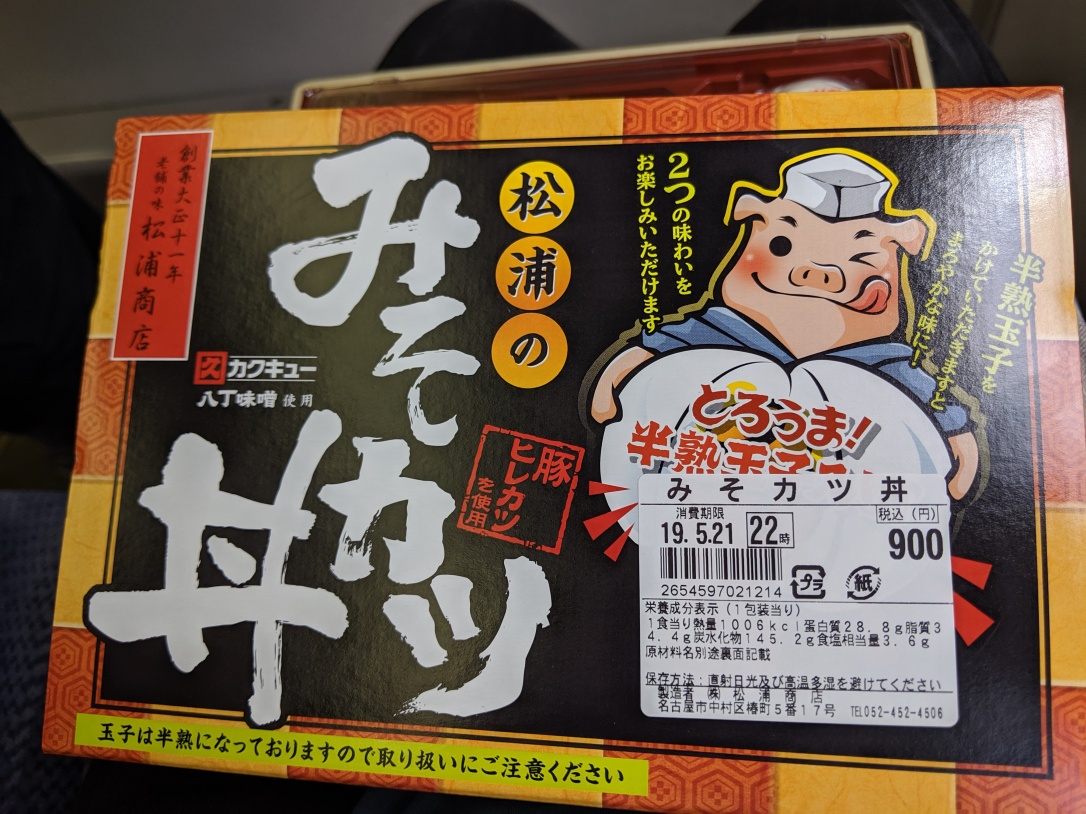 Sal was feeling a little bit motion sick, so he got the window seat.

A time or two they would make an announcement about what we were passing, which was a nice surprise.

We were both tuckered out by the time we got to the hotel. It was a little earlier than check in time (less than an hour), so we weren’t sure what to do. They were kind enough to check and see that the room was clean and let us check in a few minutes early. The room was smaller than the one in Kyoto, but we were expecting that. The bed was against the wall on one whole side. The bathroom was tiny and you had to watch your legs when you shut or opened the door. Having said all that, we still had the fancy toilet seat! One weird thing was the key actually had our name, room number, and hotel name on it. I know Japan is safe, but that might be pushing it.

Sal napped and I read. It’s weird how you can be tired out just from riding a comfortable train. We decided to go in search of dinner. 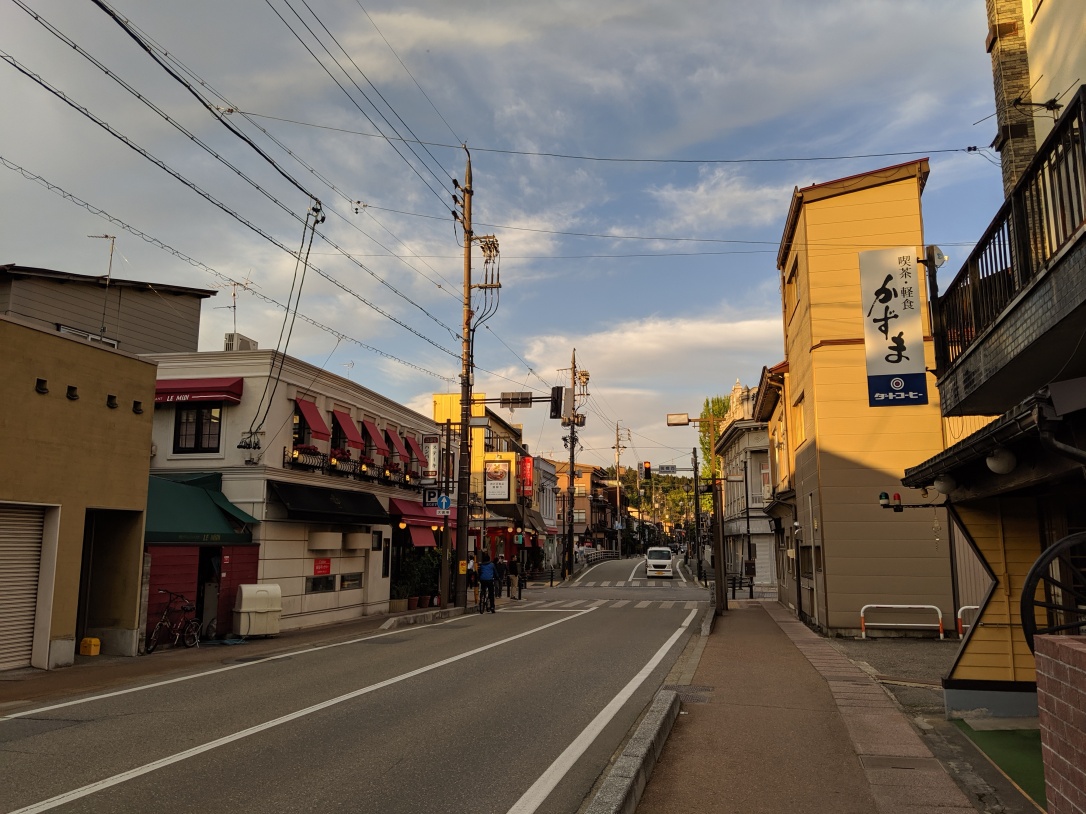 The hotel had made a reservation for us, but we ended up cancelling it and going to a steak place we walked past that had Hida beef. I had read beforehand that this was something we wouldn’t want to miss. Yup, beef two days in a row. This time they cooked it for us, though. Fancy! The staff were very nice and it was sort of funny trying to communicate when we were ready to order as only one of the servers understood English well.

The menu apologized for being expensive – see red text below. 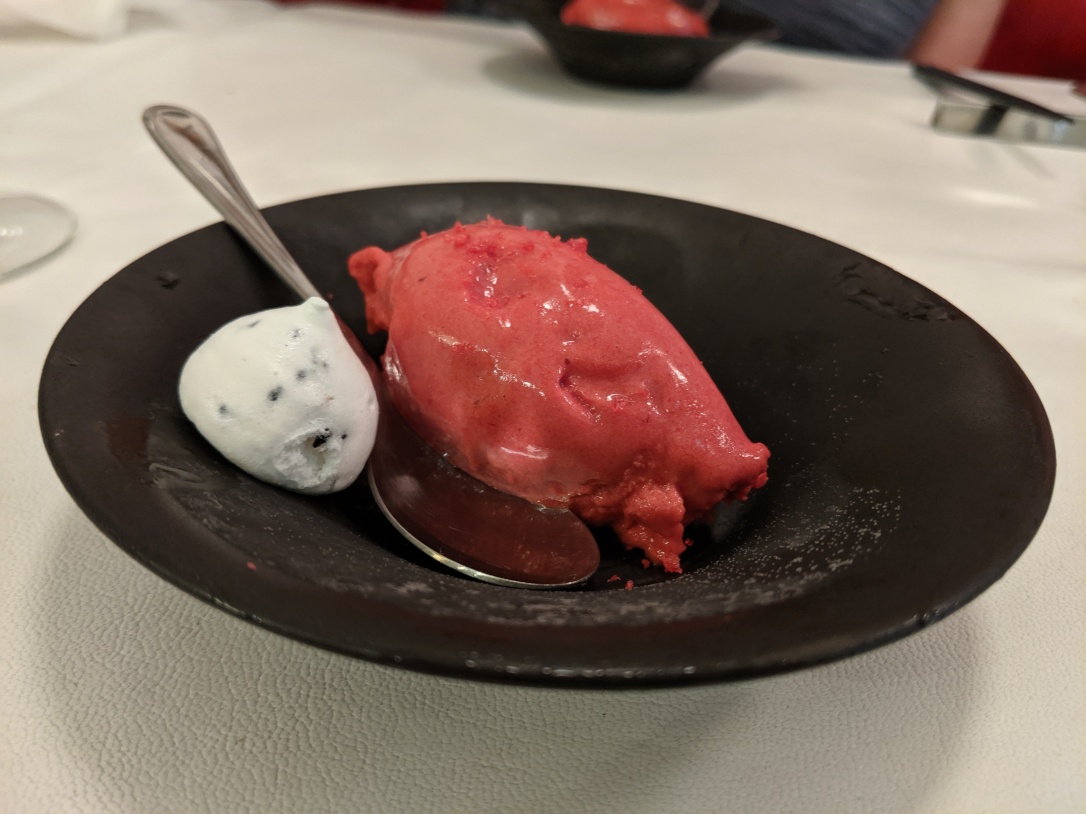 The staff were kind and the meal was really good; they even gave us a complimentary dessert. We walked the long way back to see what else was around the area. There were a lot of cute shops and occasionally a very small restaurant. We eventually made our way back to the hotel, where Sal decided he would try the Sento/Onsen, which was included with the hotel price and at the top floor of the. If you want to read about etiquette, etc., of these Japanese baths, you can do so here. I knew all about these public baths before I went, but hot water was definitely not something I wanted for my knee and I iced it instead. They give you pajamas that you wear to the baths. I had read some reports about people complaining that as tourists the PJs were too small (Westerners are bigger in general than the Japanese, yes). I requested a larger size for us in advance to avoid any embarrassment of them not fitting. I may or may not have made a mistake.

Sal really enjoyed the bath and by the time he got back we just went to sleep.