That bed was not comfortable, and Sal continued to snore like he was getting paid to do so. Whee! Luckily, the day improved.

We took a bus to Hida Minzoku Mura Folk Village. Here’s the description:

In a village-like atmosphere, the museum features buildings such as the former village head’s house, logging huts, storehouses and a number of gassho-zukuri farmhouses. These massive farmhouses are named after their steep thatched roofs which resemble a pair of hands joined in prayer (“gassho”). They were moved here from nearby Shirakawago, where gassho-zukuri houses are the reason for the region’s World Heritage status.

The views were stellar.

It was very pretty there and a beautiful day. 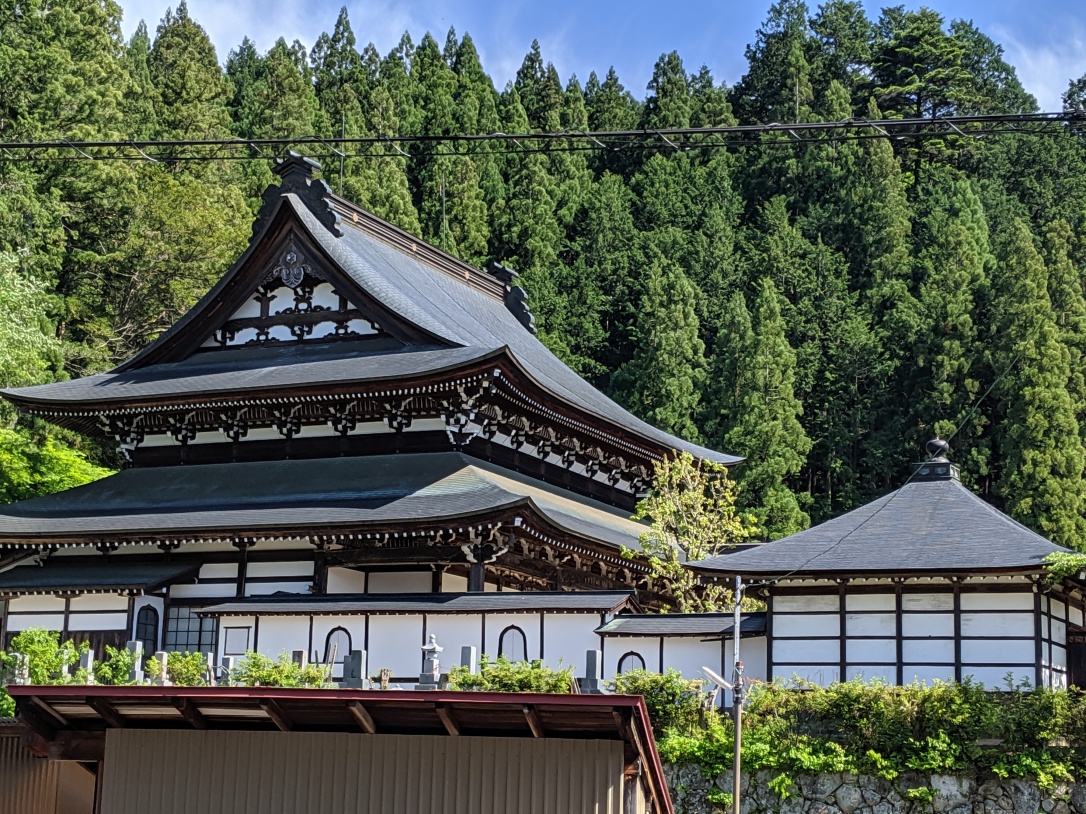 There was a bell to ring for luck. Some Japanese tourists rang it and tried to mime to us how to do it. 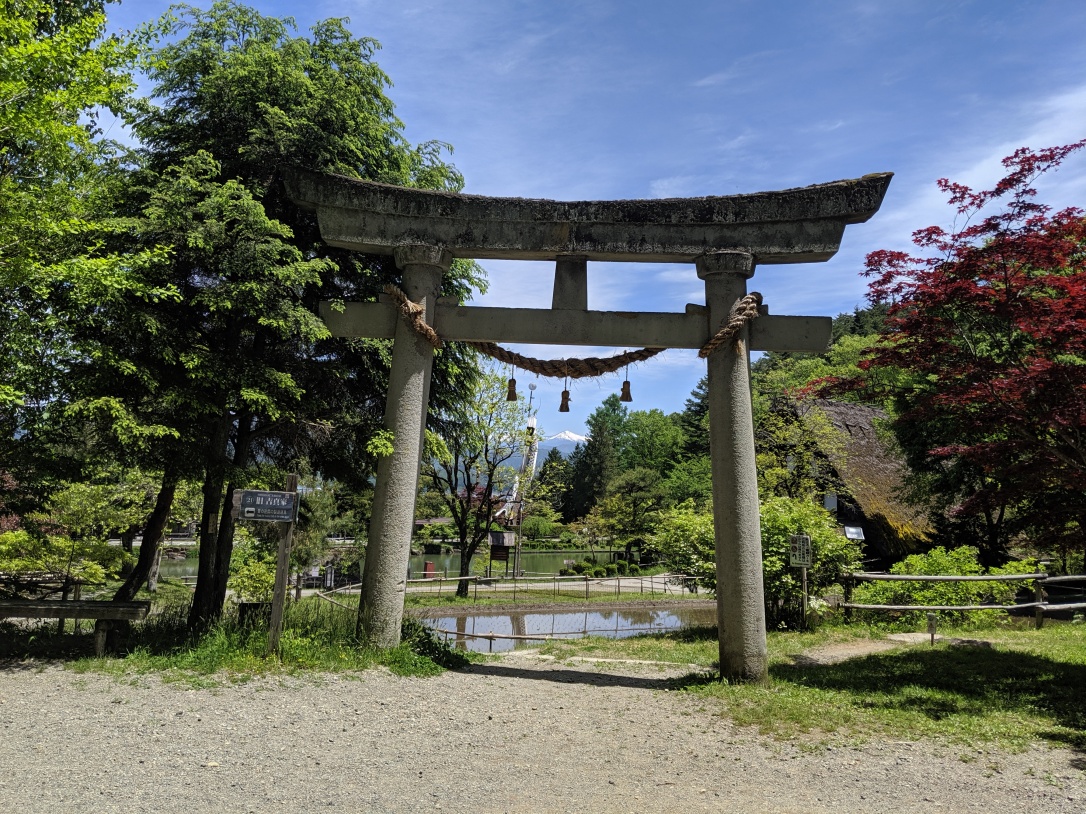 There was a lot of walking and steps there, so of course my bad knee was hurting. Oddly, my other knee started bothering me more, but I think it was from favoring it the past several days. In my notes I simply wrote, “Old like grandma.” I really enjoyed the museum village, though, and highly recommend it.

We made our way back to the bus stop, which just so happened to be where there was a gift shop. Of course I had to buy a few things. I bought more in Japan than any country I’ve ever been to; it was hard to resist all of the cute things! Most things were gifts, though.

We hopped the bus and made it back to the main part of town, then we walked to old town. It was really crowded, but still pretty awesome. Of course there was more shopping! 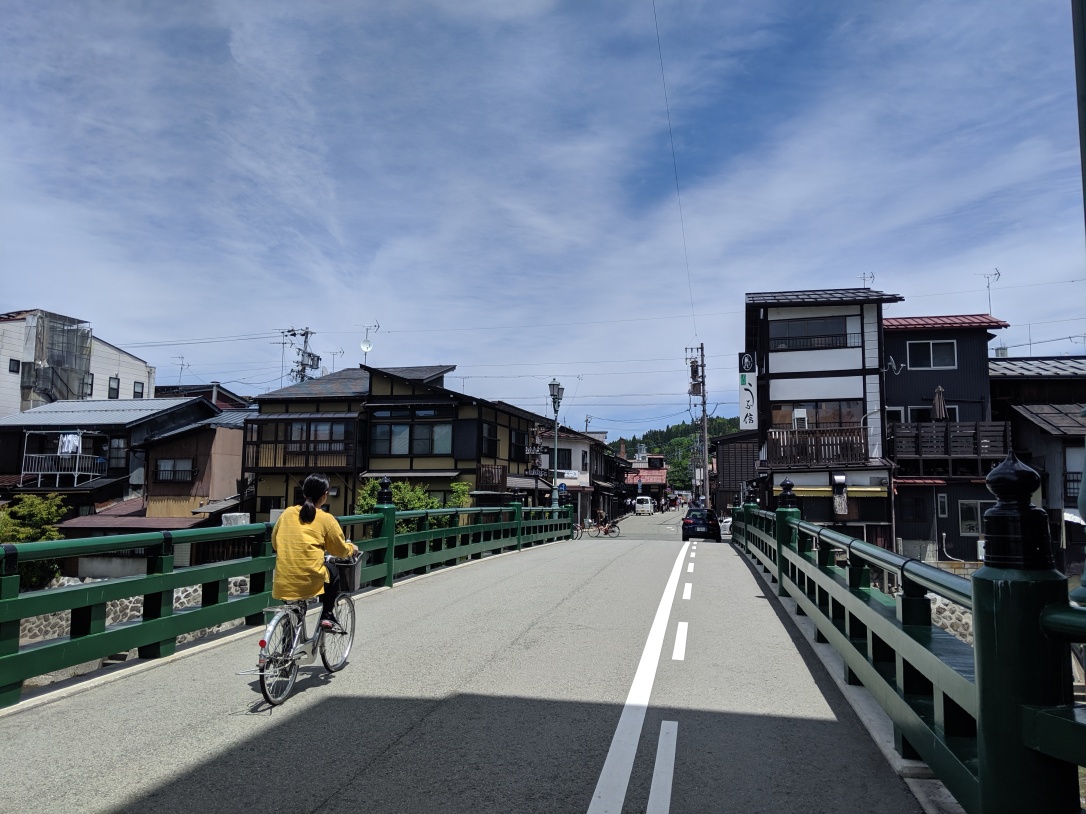 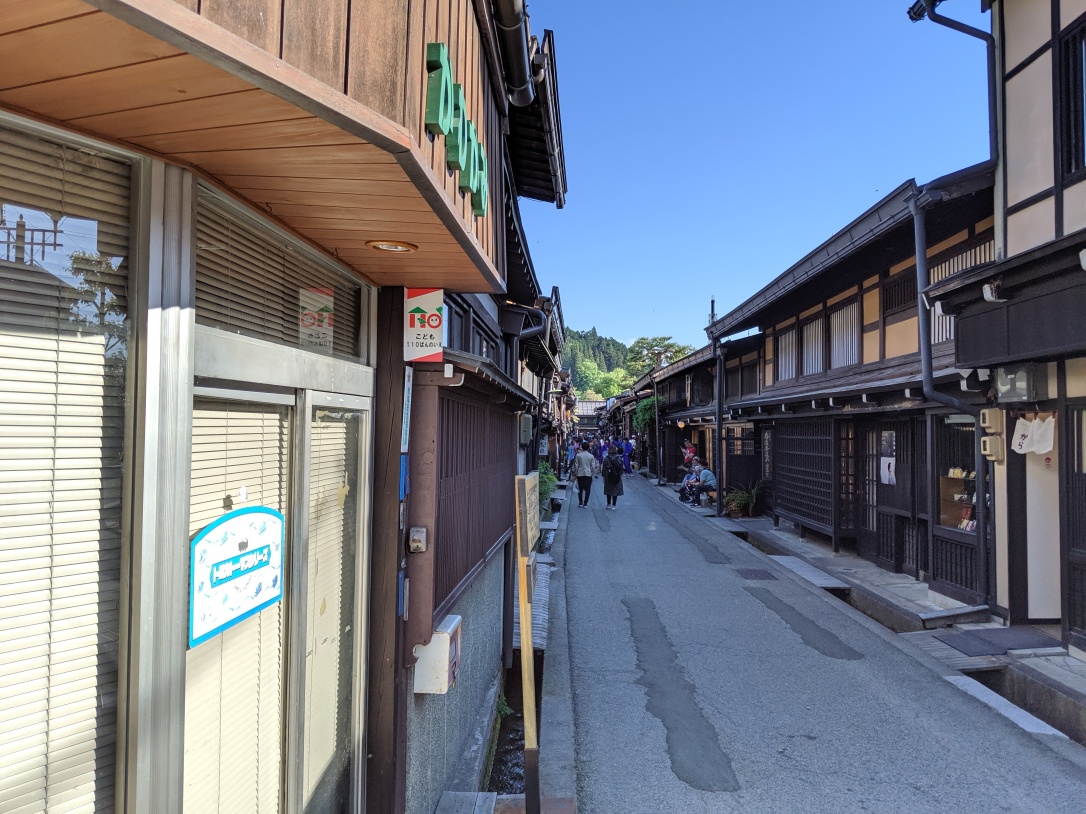 Soon we found a place that served soba noodles. It was our first soba experience of the trip. It was really cute and came with directions.

There were some students next to us that were slurping away. Everyone slurps. It’s not considered bad manners; it’s almost the opposite. We did our own slurping and enjoyed the deliciousness.  We ordered one dipping noodles and one the normal way.

After lunch we walked to a shrine and some graves. It was part of a marked walk – we weren’t being bad tourists!

By this time my knees were so sore and I started getting worried about getting around Tokyo. Pretty soon it was time for medication. And by that, of course, I mean sake tasting. The first place we went to I only tried the ‘expensive’ ones. Sal tried them all! It was different in that you served yourself and they relied on you not to serve yourself more than the number of tastings you had bought. There were cameras keeping track and a note posted about a fine if you broke the rules. There were also little travel bottles you could purchase.

The second place we went to was more like the type of tasting you’d get at a winery in Napa where you don’t serve yourself and someone sort of guides you through with actual information about what you’re tasting. The man helping us was from Sweden! We were a bit surprised to see a Westerner working there. I think he really liked speaking in English.  It was funny because at one point when he was telling us about one of the sakes some Japanese people walked by and were speaking Japanese. They were talking amongst their group about the sakes and he switched to Japanese and either answered their question or commented to them. One of the ladies in the group was startled. He said to us, “I love doing that”. Hahaha. At the end of the tasting we bought a bottle for our next location, and we shook hands with him goodbye. It was our first handshake of the trip. Up until then it had all been bowing!

We went back to the hotel and Sal took another awesome bath while I iced my knee. Sal was hungry after for dinner, but I stayed back at the hotel because I was still full from the soba and I was done walking for the day. Sal got some sushi. He said it was good, but not as good as the conveyor stuff he had the first day in Kyoto. 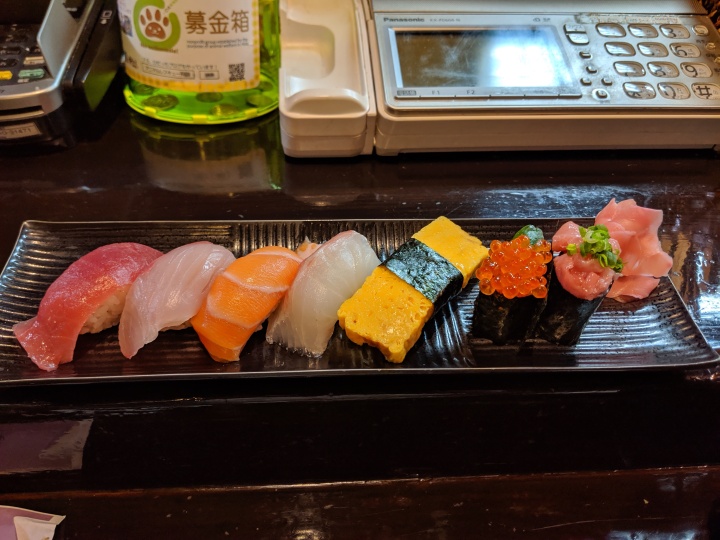 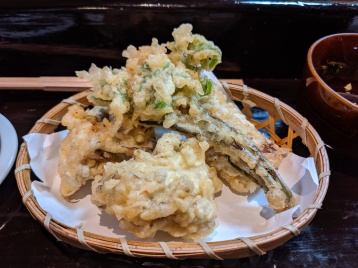 On his way back to the hotel Sal picked me up some Pocky.

It was a long day, but we felt like we got to see a lot of the city and we really enjoyed ourselves. I would definitely recommend at least a day trip to Takayama.