There are two walks that Sydneysiders recommend the most to visitors: Coogee to Bondi, and the walk by Manly beach. I asked Sal which he wanted to do, as this was his last full free day in Sydney (he’d be working during the day from here on out while we were here). He chose Coogee to Bondi. I had read it was a moderate walk and a section had some stairs, but was doable. We asked the concierge, and were told it was about an hour walk. Foreshadowing!

But first we needed to fuel up and have breakfast at Gowings Bar and Grill. It took us a bit to figure out the restaurant was in a hotel and a few floors up. The place was funky and welcoming. The restaurant had good views and the food was very tasty and hit the spot. I’d definitely go back again. 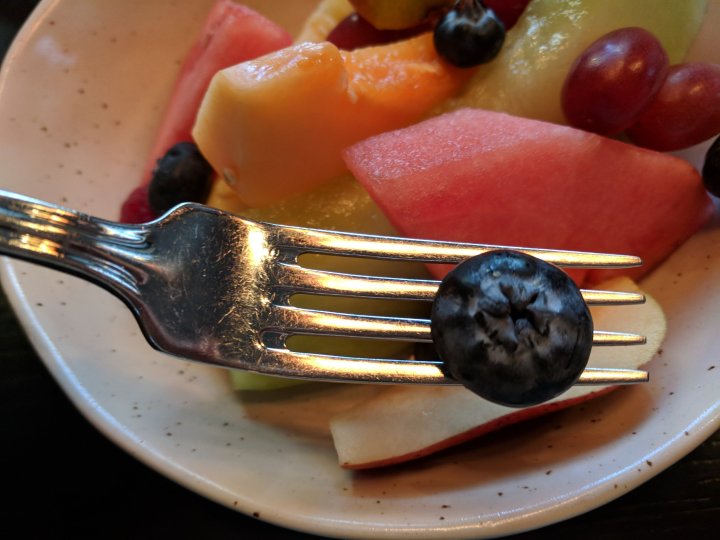 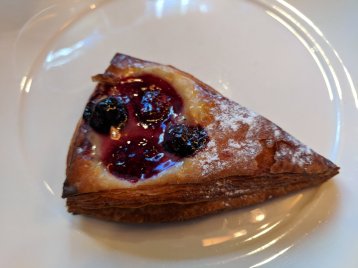 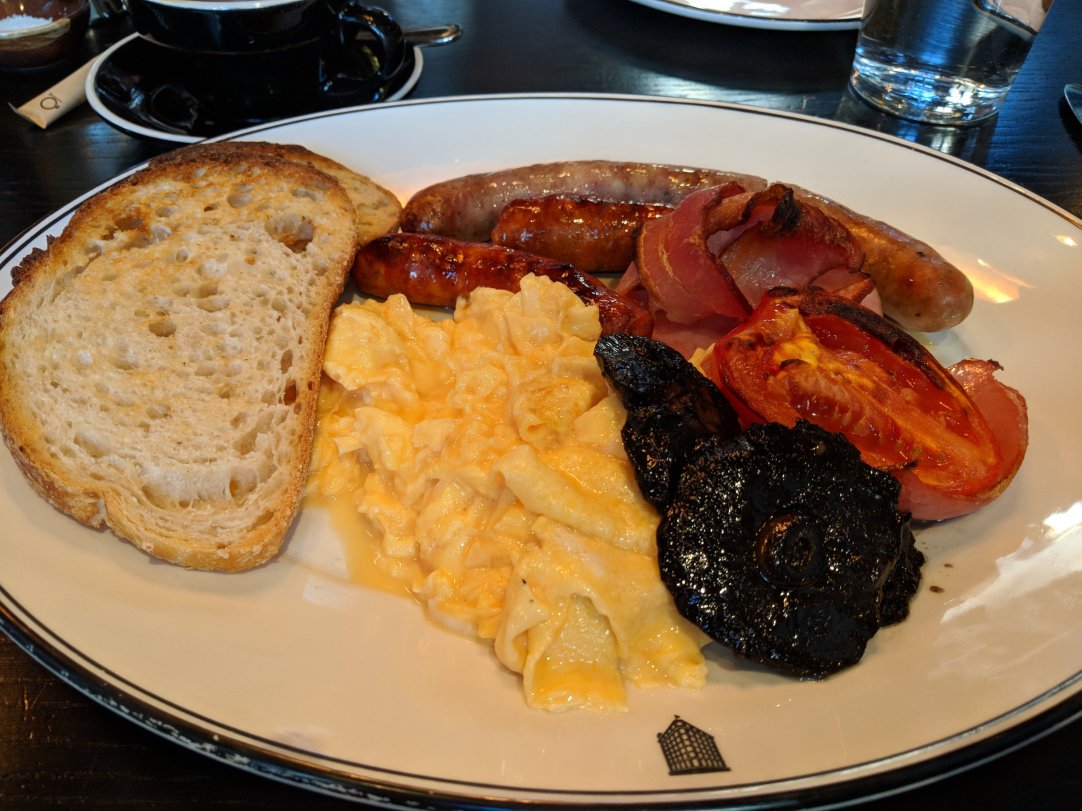 We enjoyed our breakfast and talked about how we needed water for the hike, and Sal needed more caffeine; the jetlag was strong with that one. We stocked up at a cafe by the bus stop and waited — we just missed a bus by less than a minute. It didn’t take long, though; the buses to Coogee are frequent. It was a pleasant ride. The walking path was easy to find — just follow the crowds! The views? Simply stunning. I can’t stop mentioning how great Sydney is with the benches, and they are very much needed on this walk. We took a few breaks. You walk along the coastline most of the way and there are many hills and many stairs. After every bunch of stairs when you are at the top of the hill we’d say, “oh, this is probably the last set!”, and it never was until the very end at Bondi beach. Eventually, when we would start going down, we’d be worried because we knew it meant we’d have to go back up again! We were on to their games. 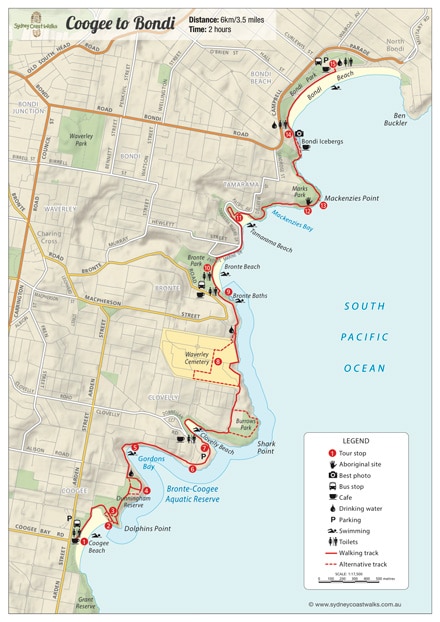 Here are some pics from the walk: 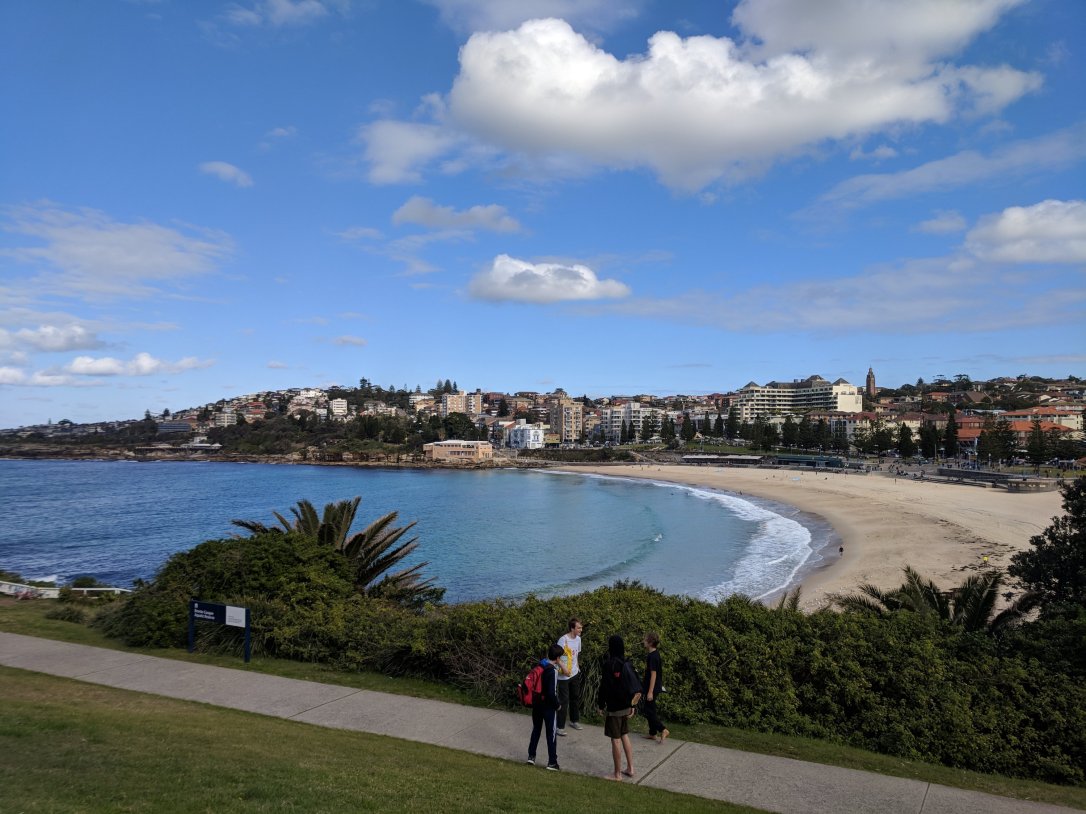 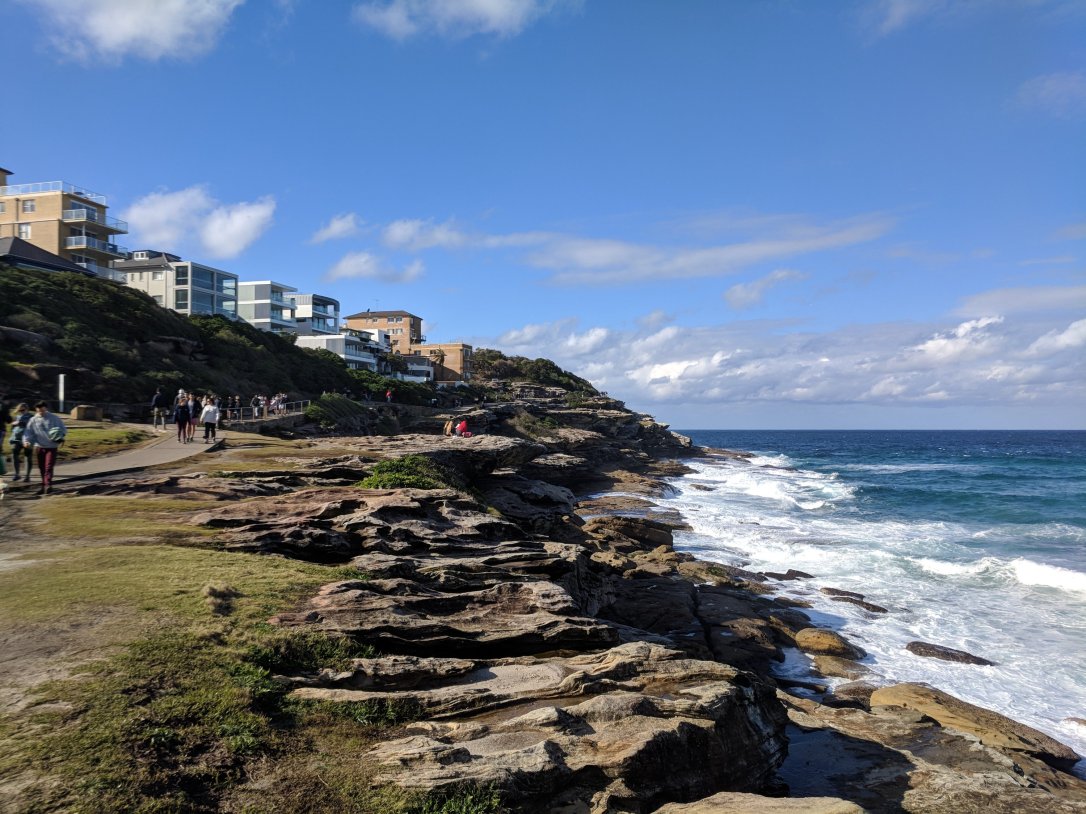 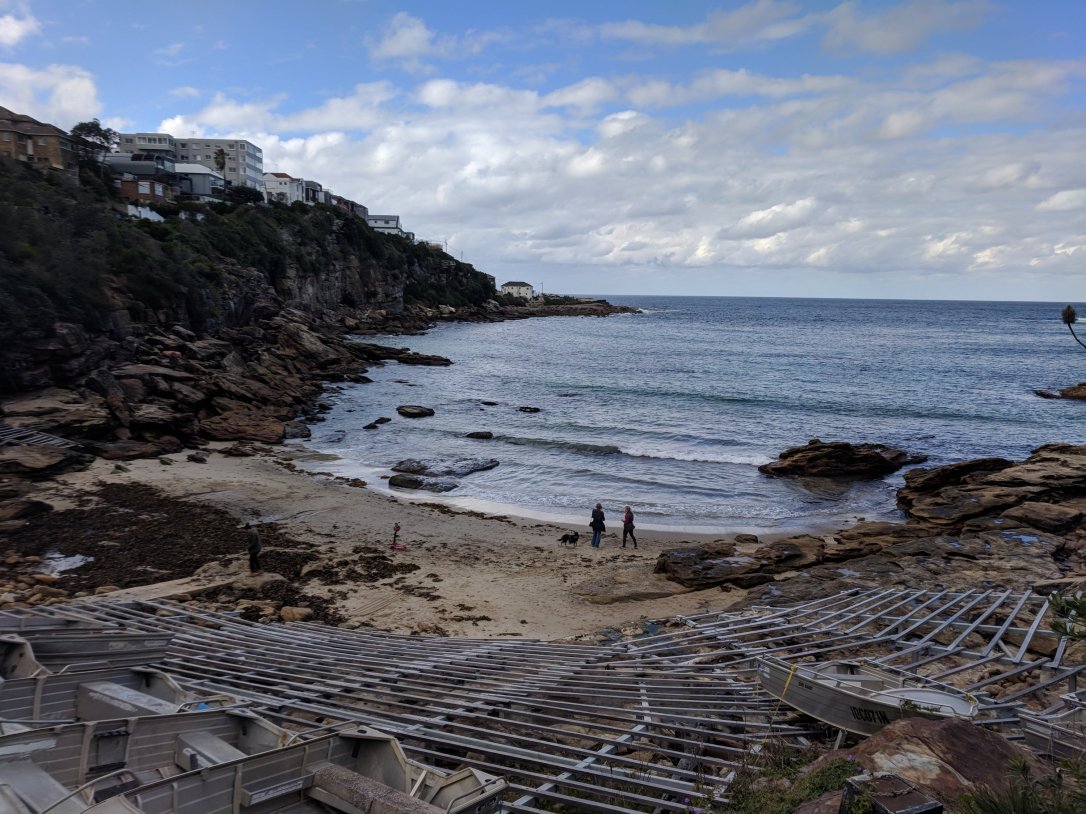 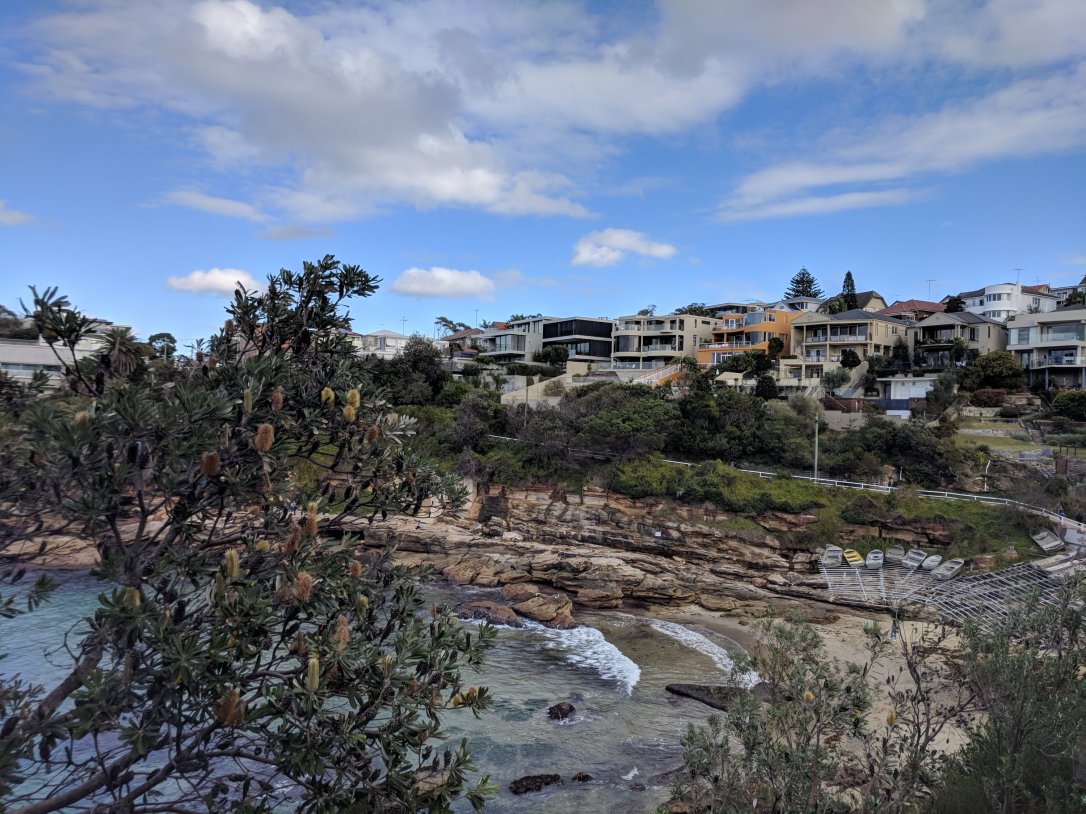 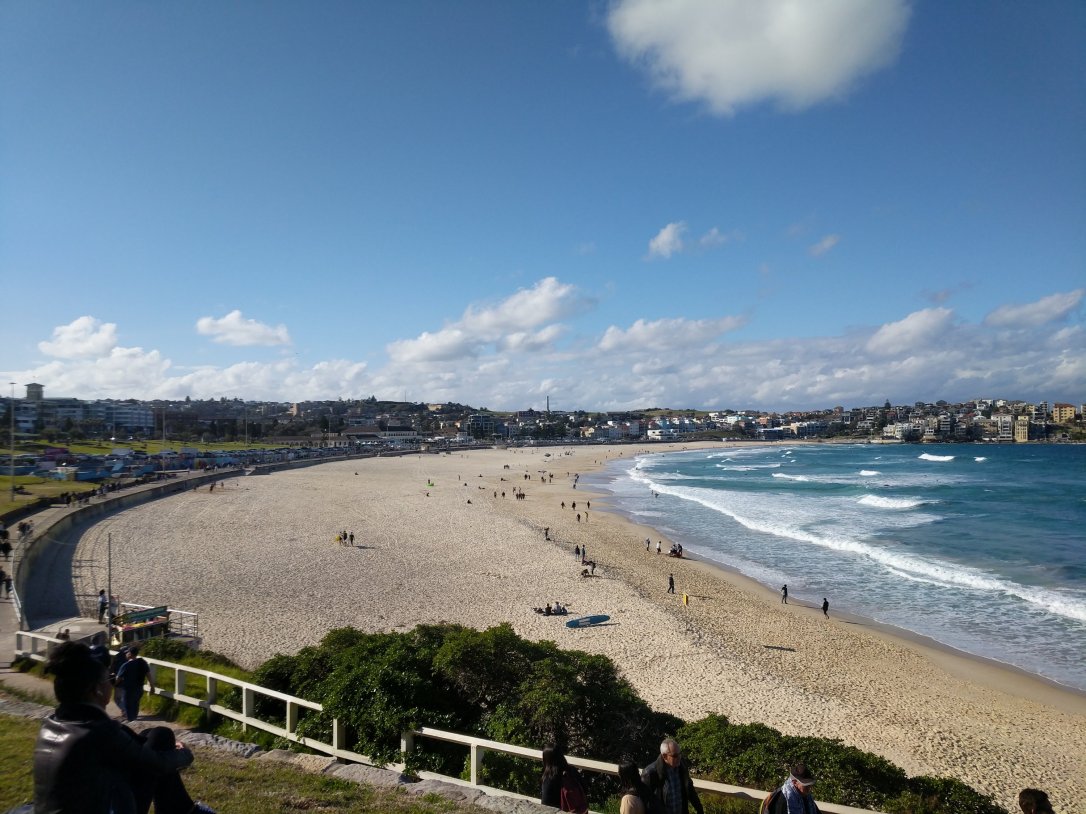 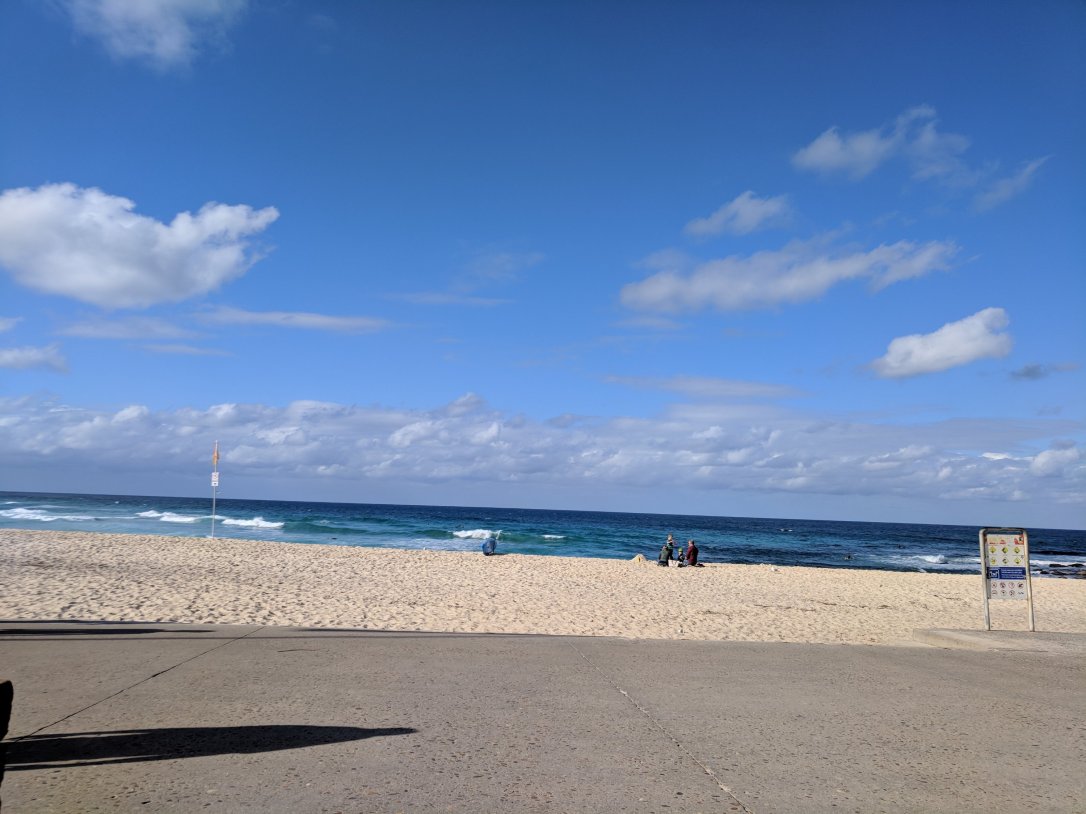 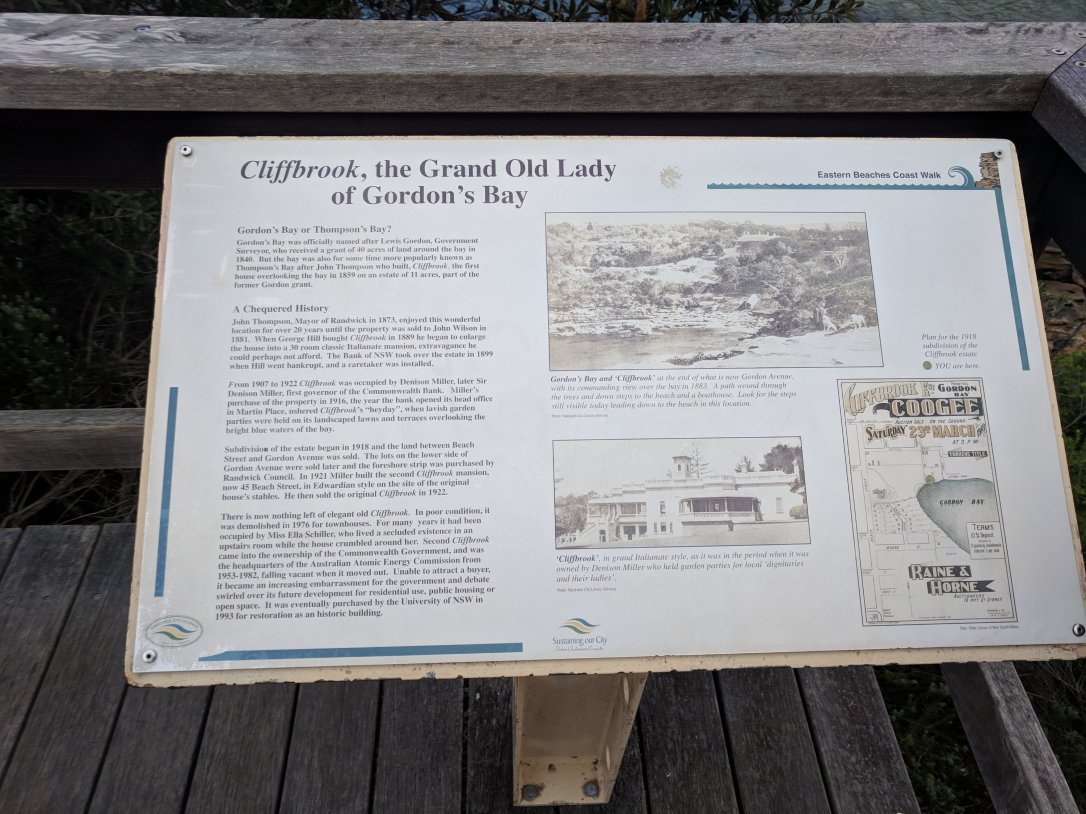 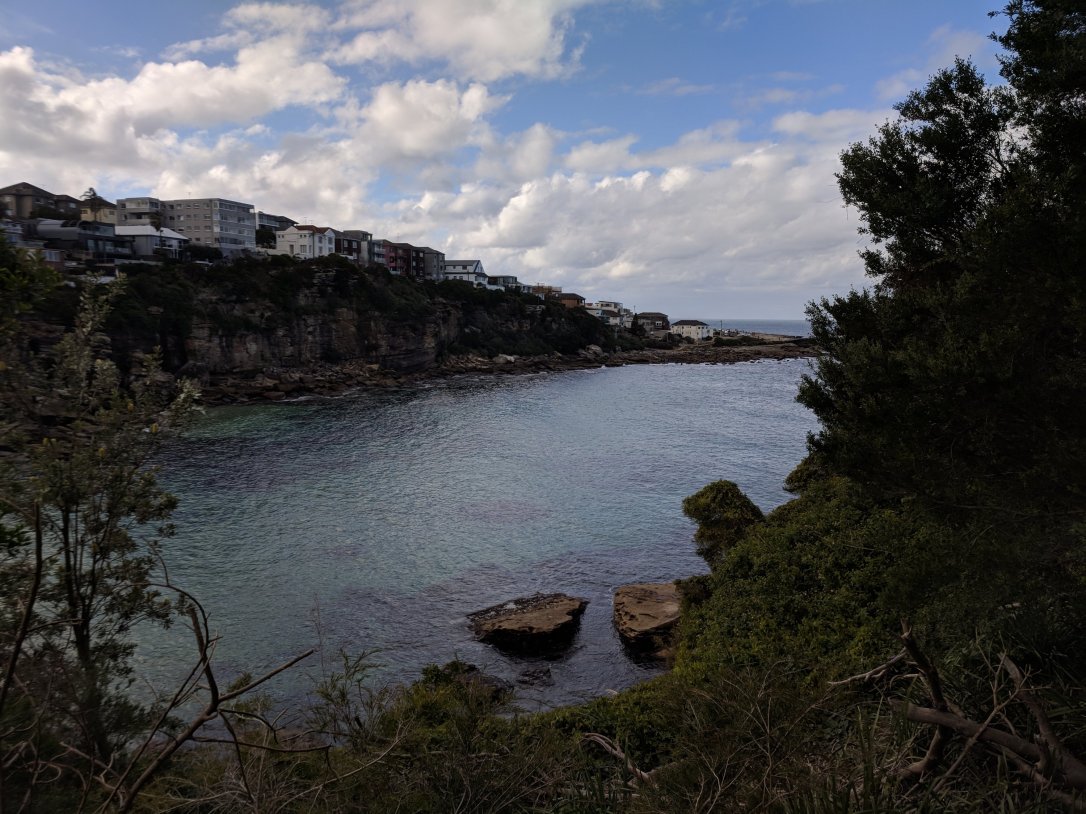 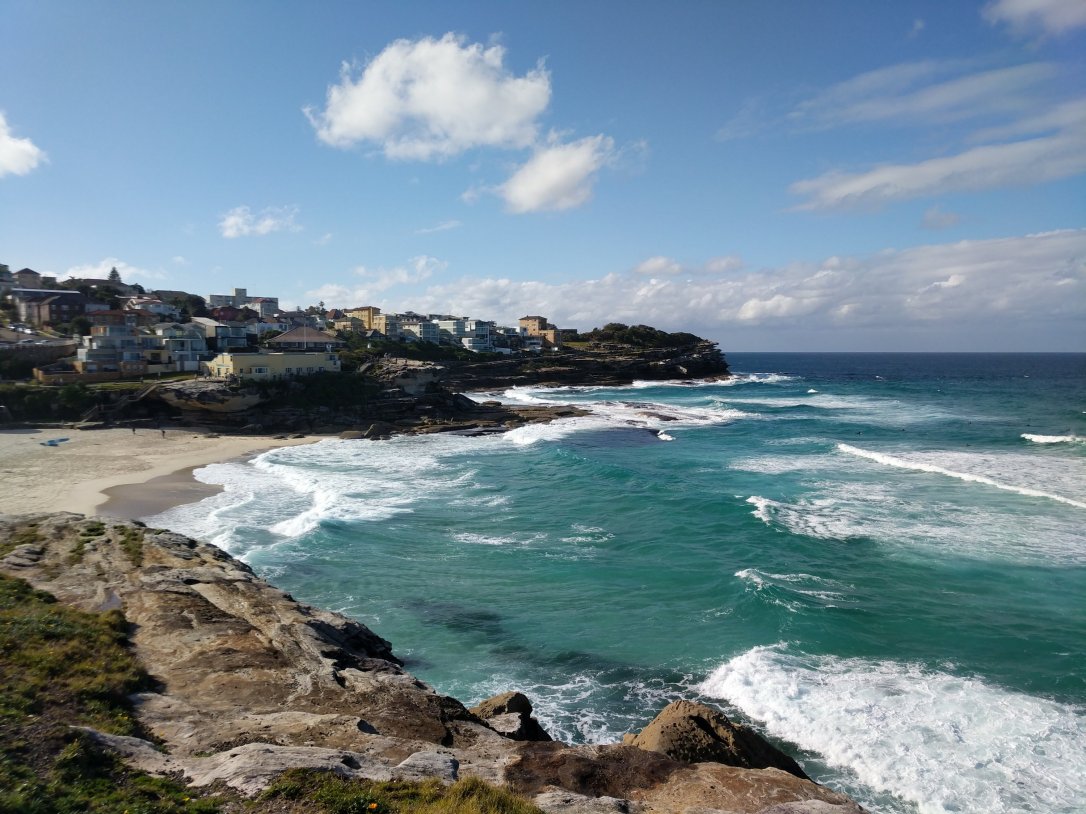 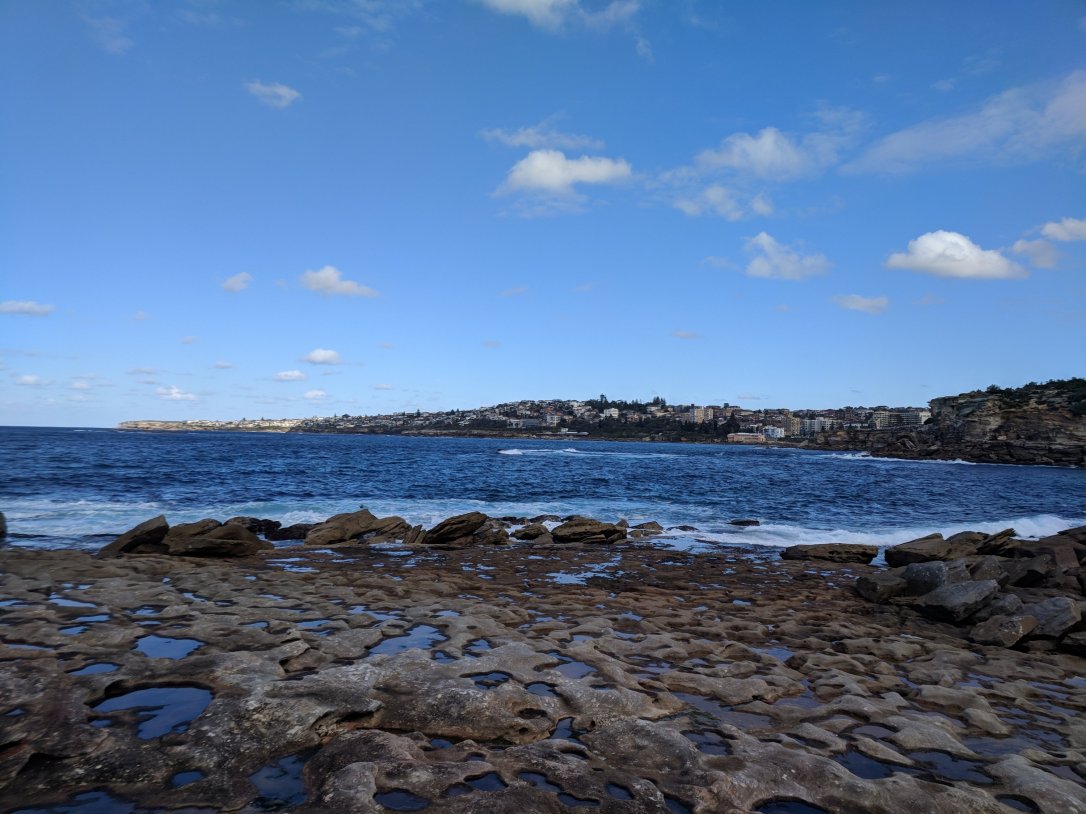 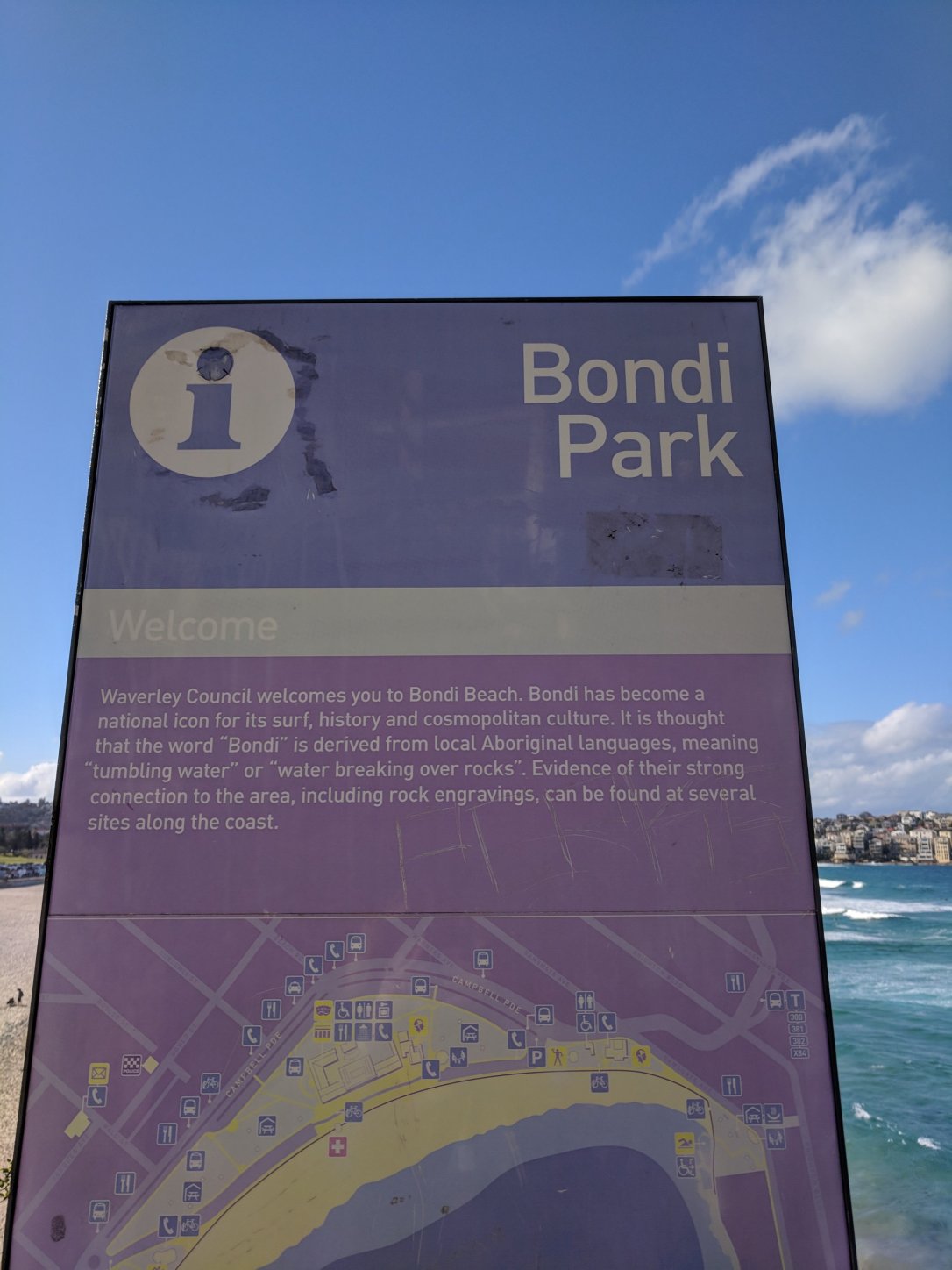 When we finally made it to Bondi, the first thing I did was check the number of flights of stairs registered on my fitbit… Holy poop emoji. The answer to reading something like that? A nice medicinal glass of wine across the street from the famous beach. And the obligatory bowl of fries. We’d earned it. 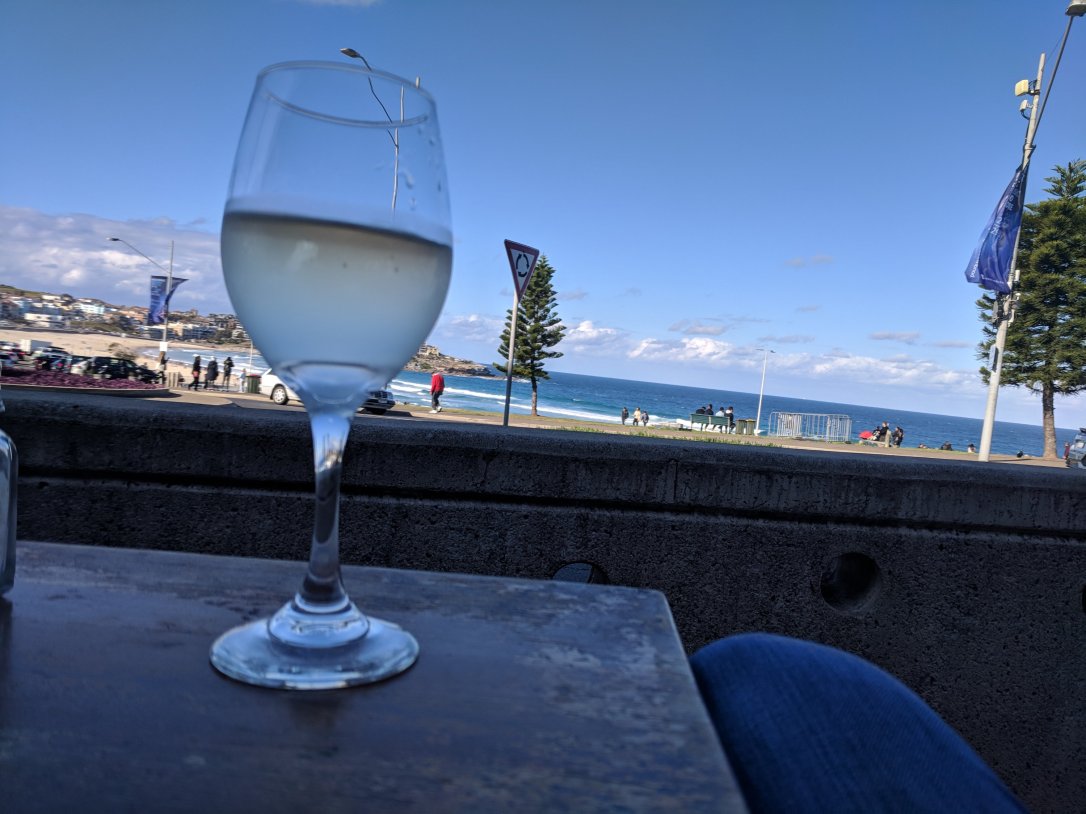 The walk took us an hour and fifty minutes. I found a blog that described the walk as ‘moderate’ and said it took two hours, depending on how often you stopped to take pics. Where our concierge came up with one hour, we’ll never know. But he was wrong, wrong, wrong.

We were so poop emoji’d we caught the bus back to a place I had read about before the trip: The Winery. They had weekly specials, and that day they had live music and $10 spritzers. SOLD. Mama needed another cocktail after those stair shenanigans. The place was sort of tucked behind another restaurant, so at first you thought it was small. We followed the sound of live music to find it. A young guy with a man bun was singing and he was pretty good. It was cute because his dad (or other relative, also with a man bun) was basically the only person paying attention to him besides me. The place was pretty loud. It was also really big. There were at least three birthday parties and one baby shower going on and probably more that we couldn’t see. The people watching was fantastic. We saw Club Kids, Families, Hipsters, Women Who Lunch. You name it, we probably saw it. The Club Kids were the stand outs. I didn’t know that still was a thing. Or maybe it’s new in Australia. No idea. Anyway, we were lucky to get a table. Our server was a sweetheart. We decided a light snack (ha) was in order and got a cheese and meat platter, and of course a couple of Aperol Spritzes. It was a nice way to while away an hour or two.

We walked back to the bus stop and I thought this restaurant name was hilarious. 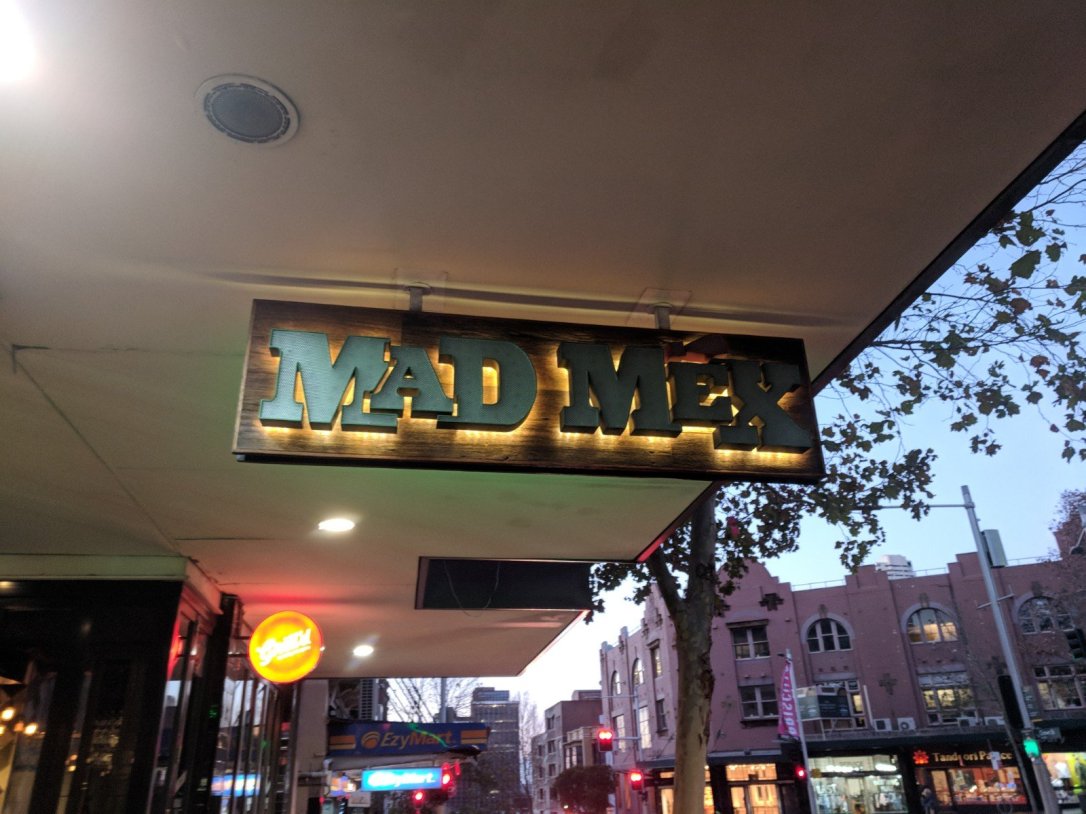 Let’s blame it on the Spritz.

We got back to the hotel and had another early night. We were in bed by 7:30 again, and we got 9.5 hours of uninterrupted sleep. HALLELUJAH!