Today was the second half of the reason we wanted to come to Java: Borobudur. I saw a picture of it online and said, ‘I want to go there.’™ Liz Lemon (30 Rock).

END_OF_DOCUMENT_TOKEN_TO_BE_REPLACED

Although we had originally thought we’d like to do two full day tours and take one day off, we decided at the last minute to add another ½ day tour with Ibot. Our first stop was a bakery-type place where we got some good pastries – some savory, some sweet – for breakfast. It was 1/10 the price of the hotel breakfast the day before and equally tasty.

END_OF_DOCUMENT_TOKEN_TO_BE_REPLACED

I’m writing this post two weeks into the trip, and just thinking about this transfer day makes me twitch a bit. It started out fine, at 9:30 a.m., sadly leaving Wakatobi after hugging some of our favorites. Then we had a short boat ride, then car ride, to where the Wakatobi Air Strip is located. The flight back to Bali was no problem. We had scheduled our flight to Yogyakarta at 7:30 p.m., so we had a very long wait between the flights. There is a food court across the street from the airport, so we went there to hang at Starbucks. You can’t check your luggage in until two hours before the flight. We finally checked in, then I did a little shopping and we went to find some dinner. I basically had their version of a grilled cheese. Oh, and we bought some cream puffs for later on the plane, and they were delish.

Back to the flight. So we got off relatively on time, but once we got to our destination we were not allowed to land. So, yeah. We flew around and around for an extra hour and 50 minutes. Normally, no biggie. The problem was the miserable baby who quite literally cried 95% of the flight. He was so tired and unhappy. After listening to it for a few hours I almost joined him with the water works. It was headache-inducing. We finally landed, hurrah! But we were stuck on the runway for another 30 minutes or so. Boo! Please – just get me off the plane with the crying baby! We were just so exhausted. The funny thing about the crying baby was that when we got in the aisle to deplane we saw there were actually two criers, and we only discovered that because they were crying a duet. They were both from the same family.

Once we finally had a parking spot for the plane and could disembark, it was time to wait for the luggage. Every minute felt like an hour, thanks to the general exhaustion. Eventually the luggage carousel started and then we pretty quickly found our luggage. We also quickly found the driver to take us to the hotel; a very happy smiling gentleman, who told us there was an air show for the army (?) the next day and they were practicing that day/night and thus the delay. Ah ha! No wonder!

We made it to the hotel in about 25 minutes, which not bad. We were welcomed and checked in pretty quickly. They offered us local snacks and some tea. It was then Sal noticed his phone was missing. Oh boy. We searched his bag once, twice, three times to no avail. We looked on maps at the phone location and it was near the hotel. One of the bellboys went to the taxi and found it and returned it. Hallelujah. We were exhausted and just wanted to go to the room to sleep.

The Phoenix Hotel looks like something you might find in the south in America. It’s older, built in 1918, but it has charm. And the toilet is even separated from the shower! 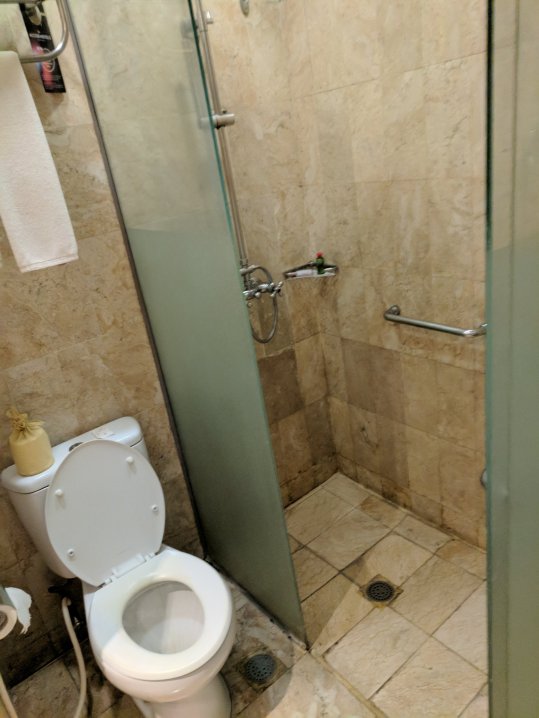 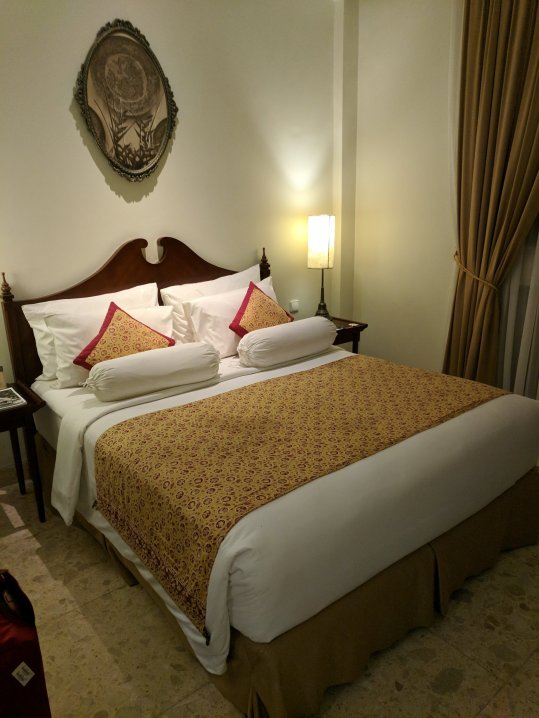 This is where they keep the complimentary snacks. How cool is that?

And in the bathroom there were these busts that you open up and have all of the complimentary items you could possibly need during a stay. Unusual; I like it! 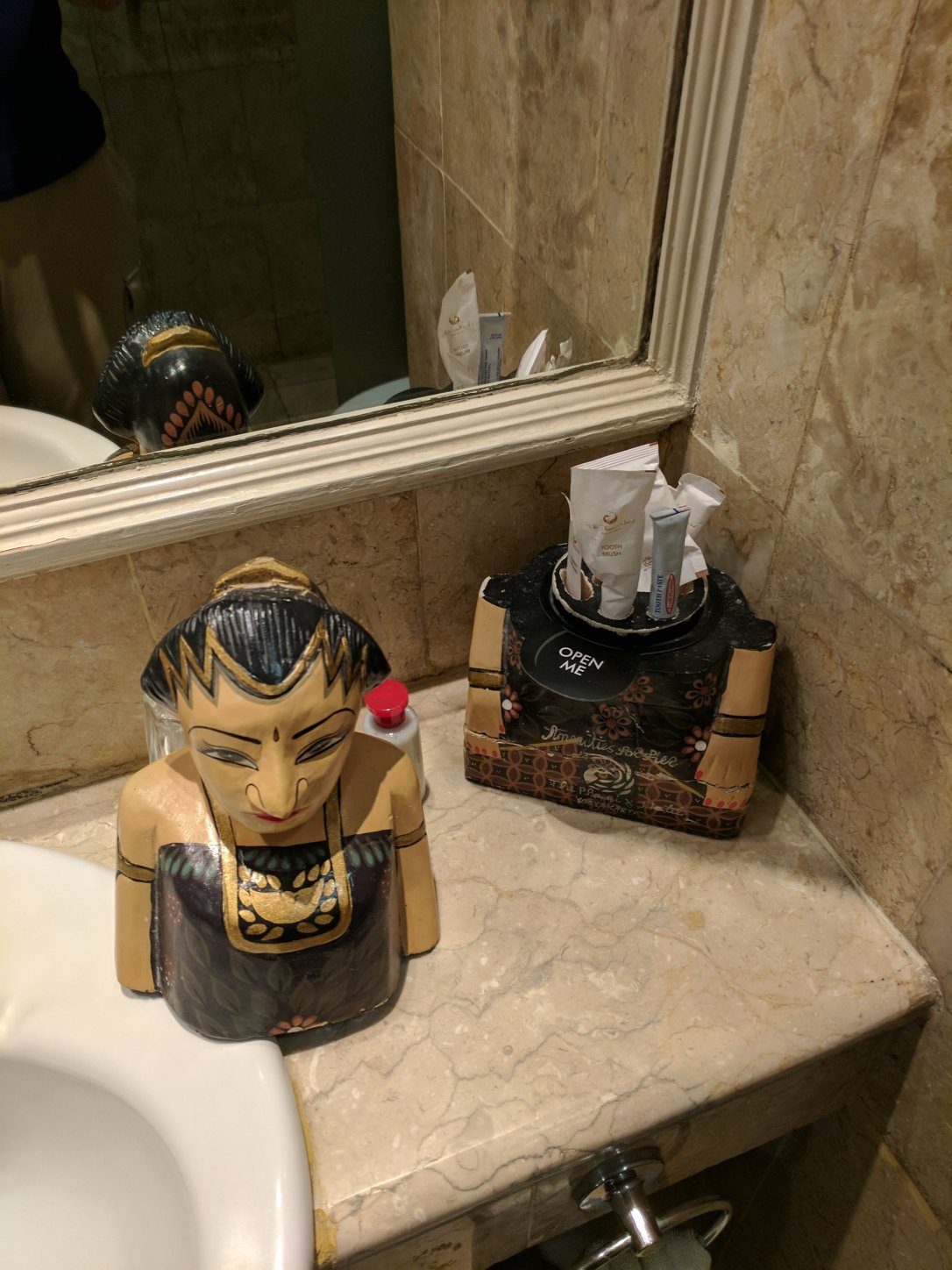 We are in a city that is filled with Mosques, and the hotel is near one. They provide earplugs to help with the call to prayers that happen five times per day. The first night I barely heard anything. Here is some info on Salah.

And that’s all she wrote for the travel day. It was long. But definitely worth it, as you’ll see in the next post.

There was an error retrieving images from Instagram. An attempt will be remade in a few minutes.