Today was the second half of the reason we wanted to come to Java: Borobudur. I saw a picture of it online and said, ‘I want to go there.’™ Liz Lemon (30 Rock).

Before we got there, we again stopped off for some breakfast to go. Again, delicious! And cheap cheap.

We got there in about 90 minutes. Of course, as I said yesterday, we had to wade through many hawkers to get to where they sold the admission tickets. It was again a hefty price ($25 USD pp), by Indonesian standards, but so worth it. It’s the largest Buddhist temple in the world, with nine stacked platforms. Six of the platforms have carvings all the way around on both sides, telling the story of Buddha. Our guide told us it would take two weeks to read it.

Visually, Borobudur is known for all of the bell-like objects that they call stupas. There are 504 of them for each of the Buddhas, and each stupa has a Buddha inside. It was very crowded and trying to get pictures without tourists in them was pretty difficult.

Here is a quick video to try to show the scope of the stupas. Amazing.

After Borobudur we went to nearby Mendut temple. 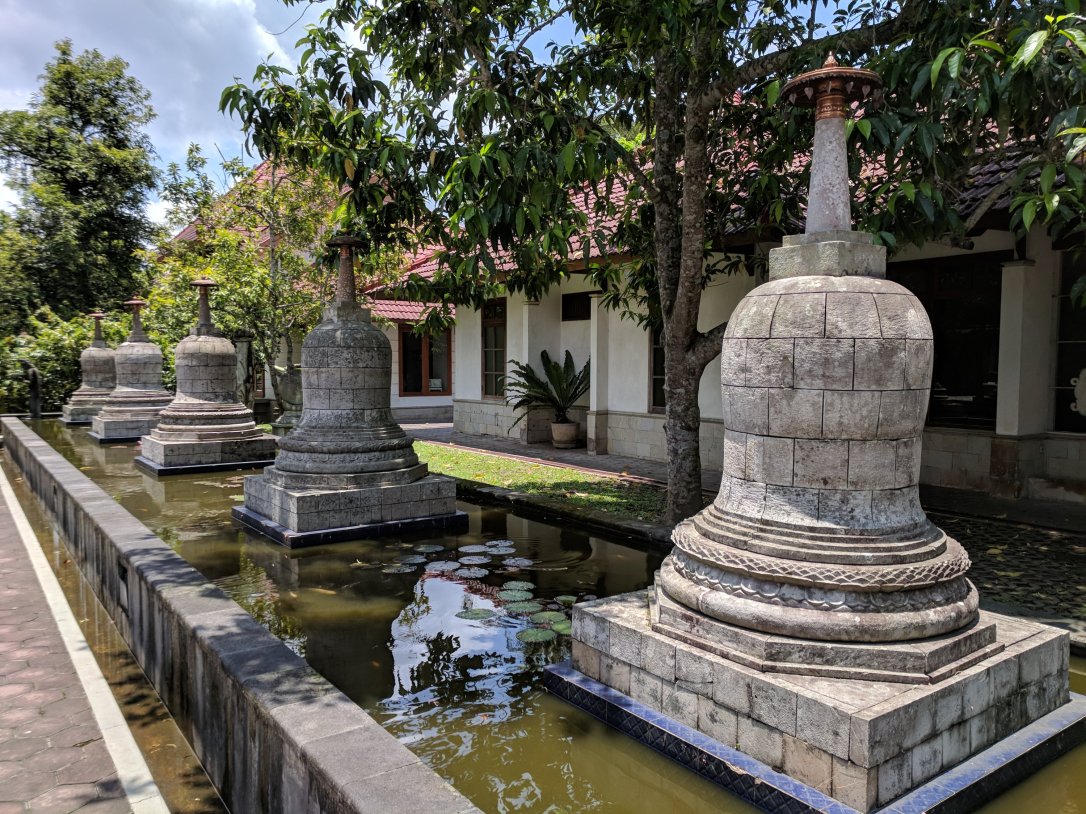 It was lunch time, so once again Ibot made a great food recommendation and we all enjoyed Indonesian food together. This was the first restaurant (I think) we were at where everyone ate with their hands (except the old white lady). The three of us ate for under $10.

I really wanted to see the Batik process, so Ibot took us to a factory. It was really interesting seeing each step and how much work goes into making one piece of Batik fabric. It ended up being another highlight of our time in Jogja. 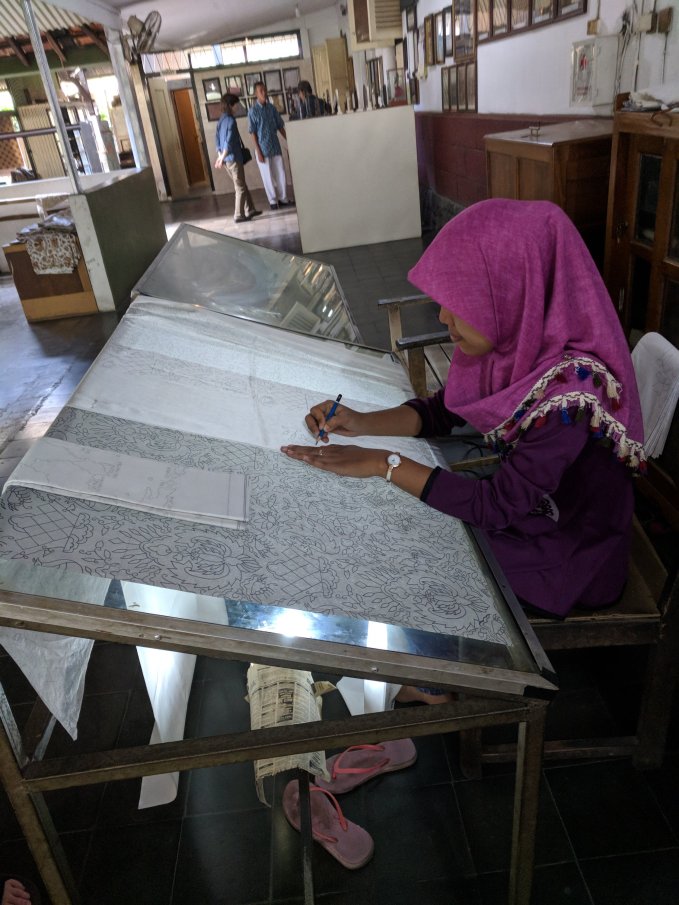 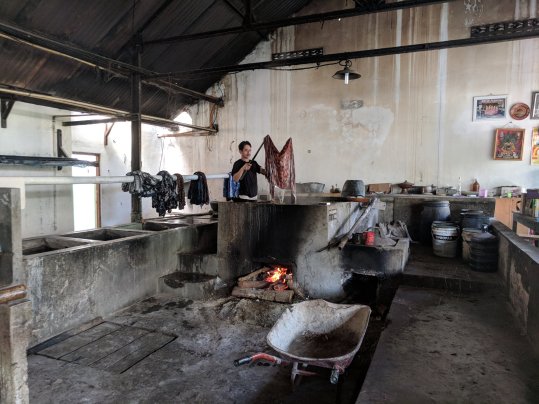 At some point we were stuck in traffic again. Luckily, there was some roadside entertainment. Click here to check them out.

It hadn’t been a full day, but we were tired and still had to pack everything up for our travel day early the next morning. We had Ibot take us back to the hotel and we said our goodbyes. How he could drive through some of the traffic he did, while remaining cool and calm, I’ll never understand. At one point I had to stop watching. Sal described it as the cars being like moving rocks, and the motorcycles are the water that rushes around the rocks. I took this to give you an idea of what it was like on a random road that wasn’t even the worst. Anyway, as I’m discovering as you make connections with people in your travels, it’s sometimes bittersweet to say goodbye.

It truly was a pleasure spending time with him.