First an apology for these posts being late. We have had sketchy WiFi some places, and also have been a bit sick. Now back to our regularly scheduled program!

We woke up and gradually got moving. I don’t know about Sal, but the longer this trip is going the harder I’m finding getting up early. I’m a bit pooped. It must mean it’s almost time to go home.

We went downstairs to communal breakfast and met a few other travelers. One was from New York. Small world. We went back up to the room and my stomach started feeling a little icky. I didn’t know if I was fighting something off, or ate something bad, or what. We were supposed to have a tour with a local guy I read about you-know-where, but we sat waiting in the lobby for over 30 minutes before we finally got in touch with him and found out he still hadn’t left and it wasn’t a private tour, like I thought. His being late and the tour not being private (it was more expensive by 1/3 the price, so I assumed it was private…) put me off so we just canceled. He apologized. We weren’t upset at all as I knew there was plenty of other stuff to do and we could easily find guides if we wanted later in our stay. We decided to check out the cafe we were supposed to go to the day before. We got there and I ordered a milk tea. This was a mistake. It was delicious, don’t get me wrong, but I think having dairy on an iffy stomach was a bad idea. Sal ended up going back to the hotel to get the meds and bring them back to the cafe. I took the meds, tums, and Advil. I eventually started feeling better, so we got to walking again.

We ended up walking down to the lake. We started at the bottom and eventually made our way all the way up to the top. 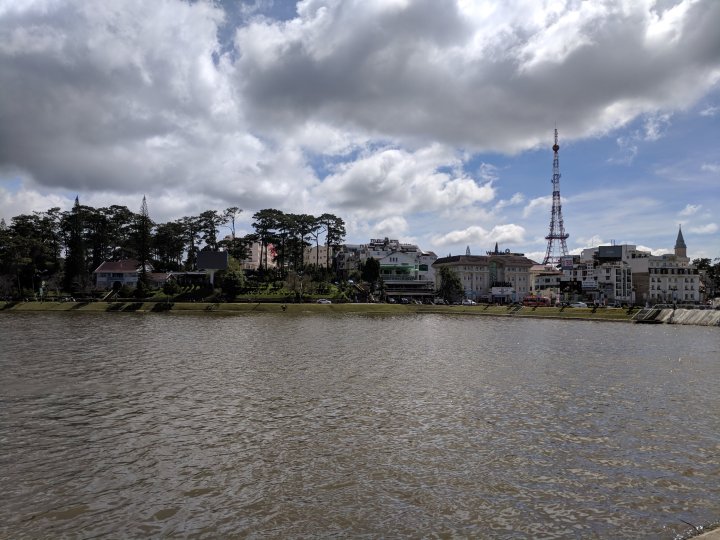 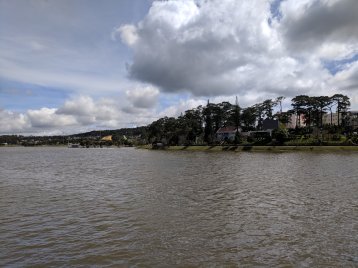 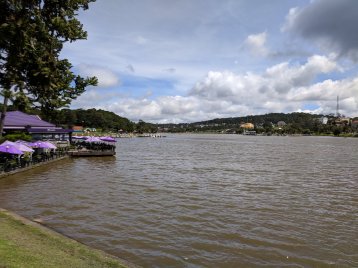 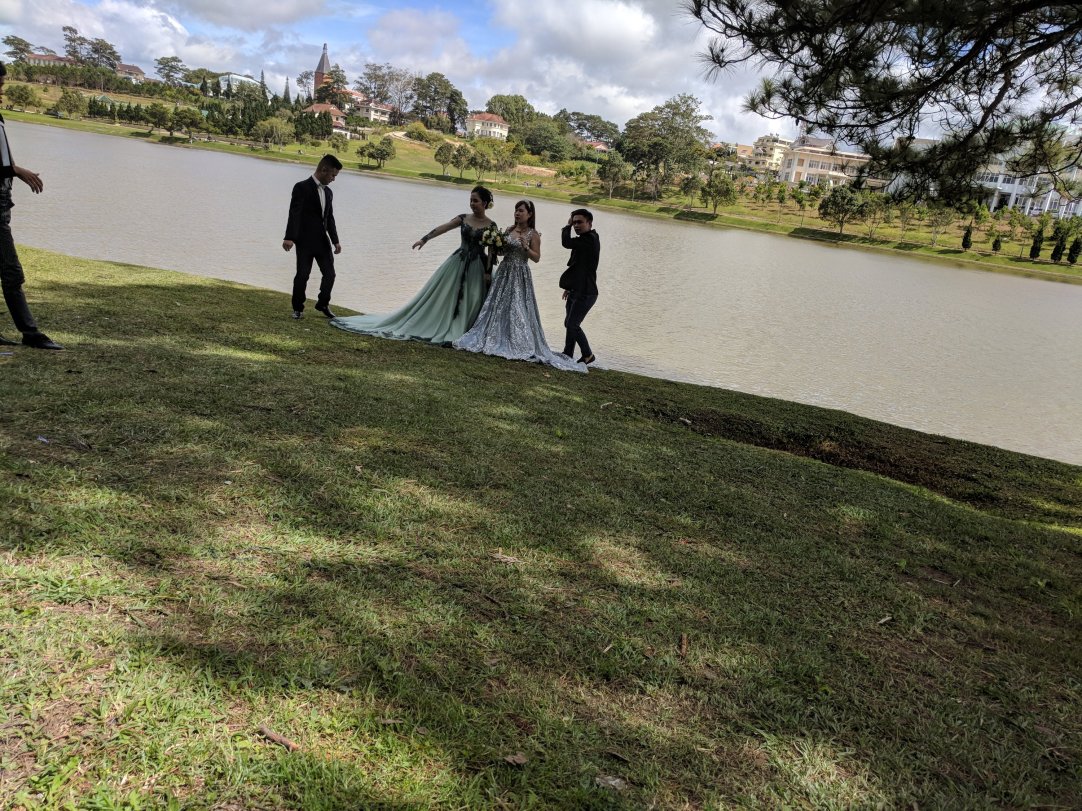 Brides? It was wedding seasons there…

We started getting hungry, so tried to find somewhere for lunch. The first place we tried was closed. The next closest was the restaurant at the Flower Gardens, so we went there. The food was fine. Poor Sal’s tooth has been bugging him so any meals were painful for him. He decided not to go to the dentist as it wasn’t horrible and the Advil was working for him. We oddly saw two dentist offices while in Da Lat.

After lunch we went to Da Lat Flower Park. It was less than $2 pp. 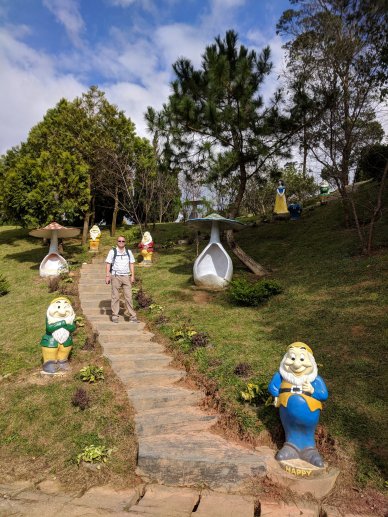 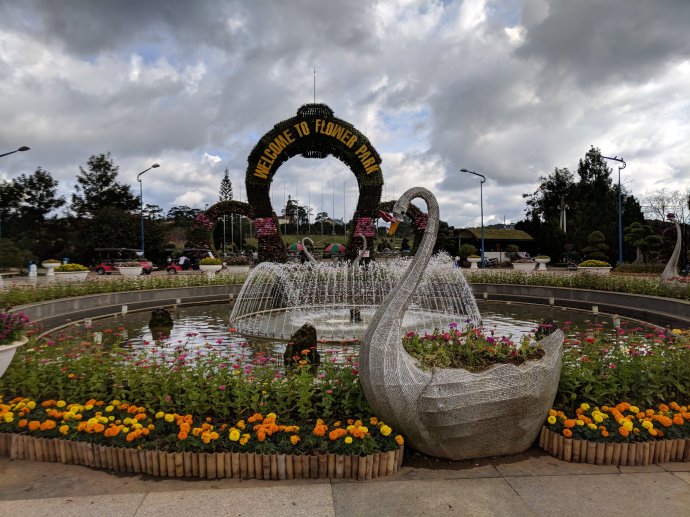 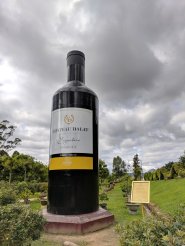 Last time we saw a huge bottle like this was in France. No comparisons on the wine… 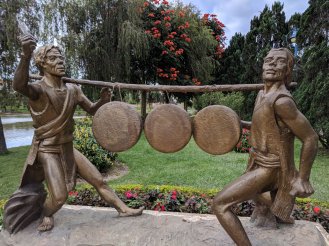 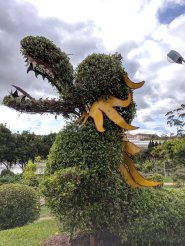 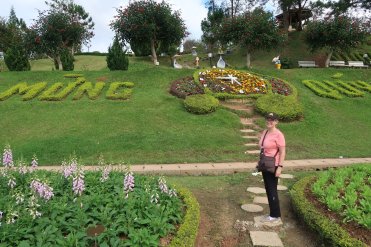 It was quite strange in some places. Why was there snow white and the seven dwarfs? We climbed up some steps and there was a gazebo and a big swing. We got on the swing for a bit, and when we got off we realized we had white paint on our butts. Nice! Who could we complain to? Nobody; they wouldn’t understand us anyway. It wasn’t that much and at least now when I wear those pants I’ll remember Da Lat.

We wandered around with our dirty bottoms and I took a bunch of pictures of the flowers. It was very nice. 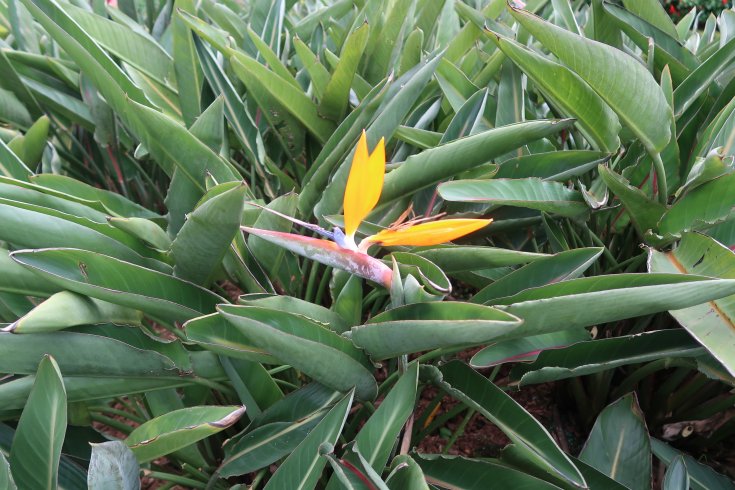 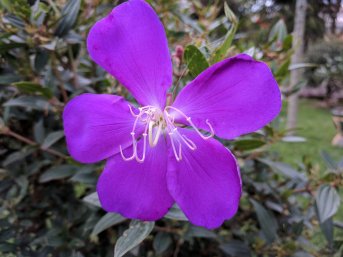 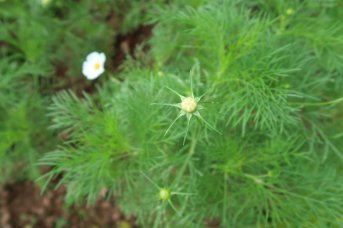 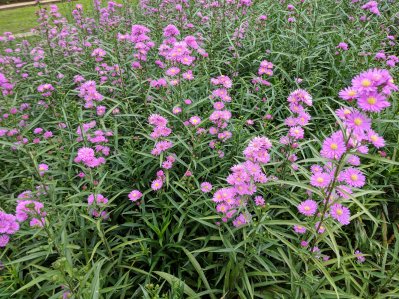 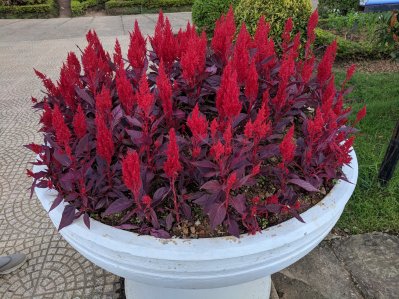 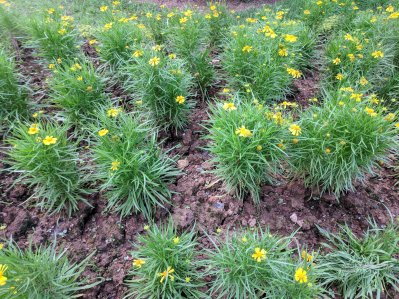 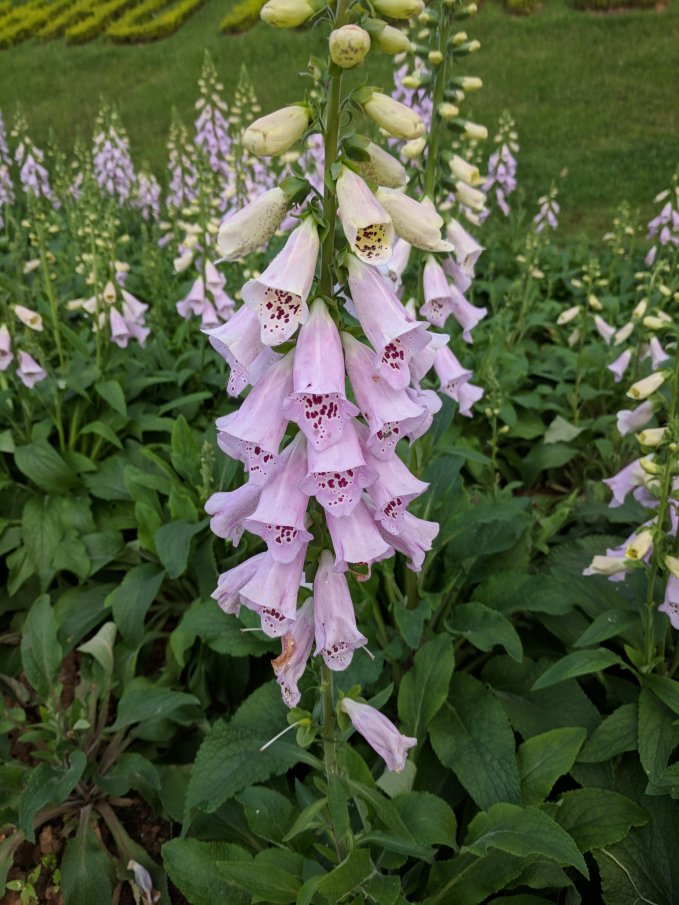 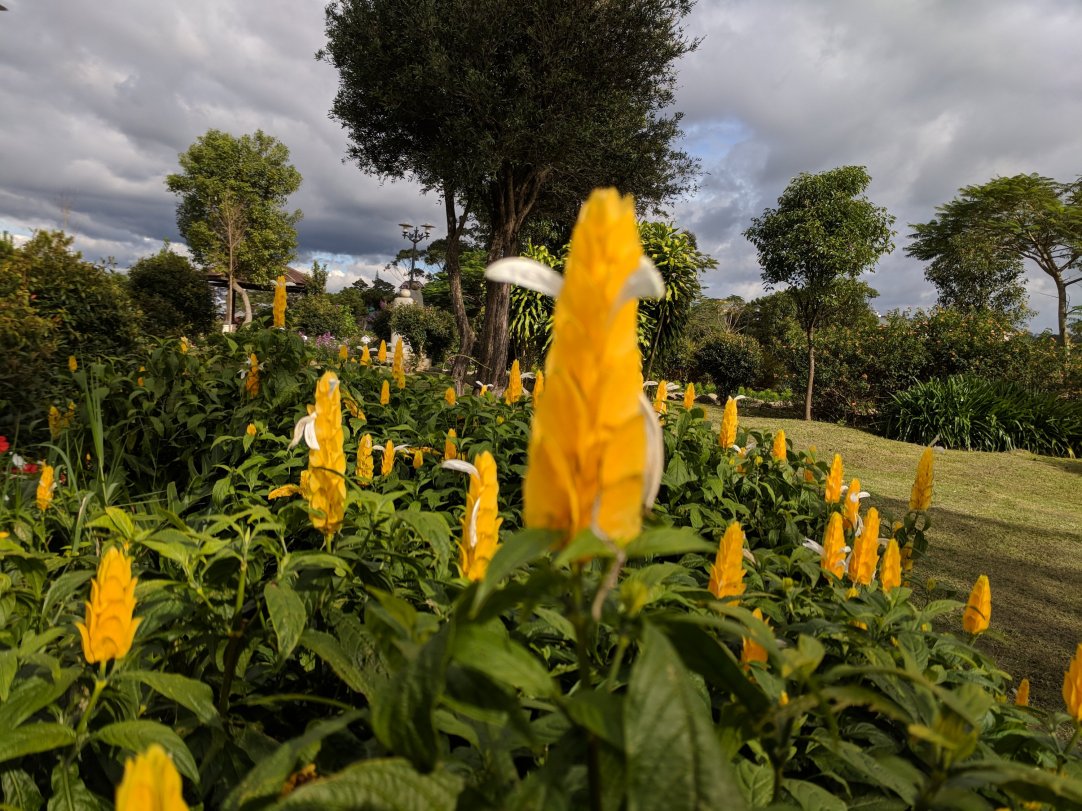 We decided to grab a cab and go to a nearby Pagoda. The cab was less than $2. Why weren’t we taking more cabs? JK gotta burn off the noodles and rice somehow. 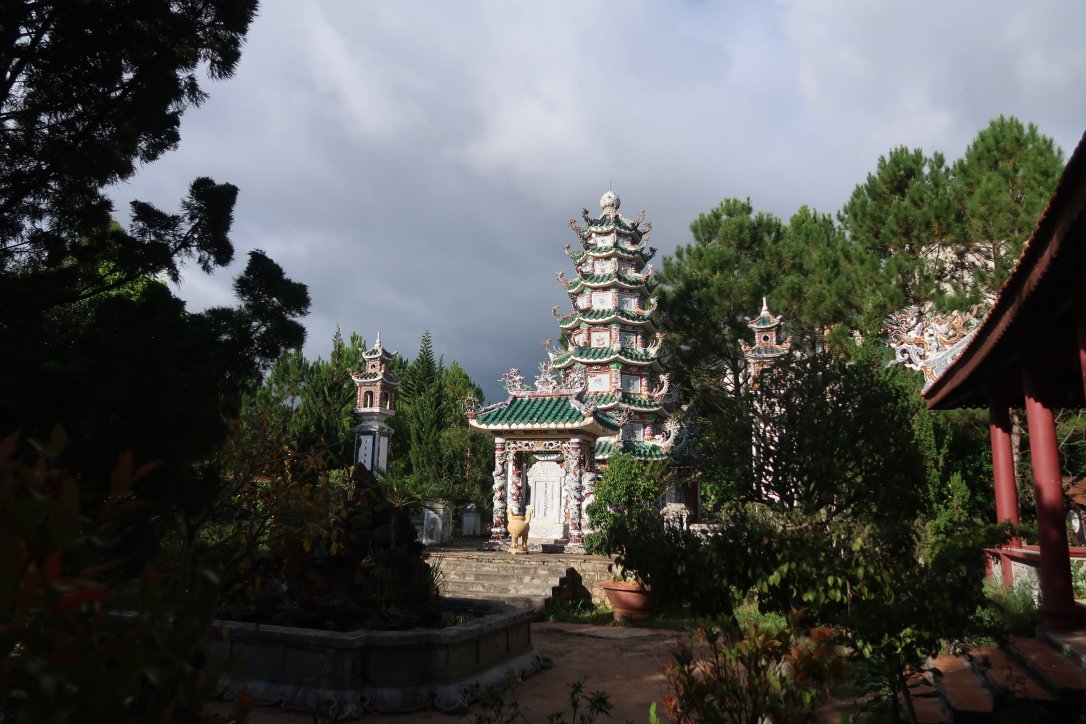 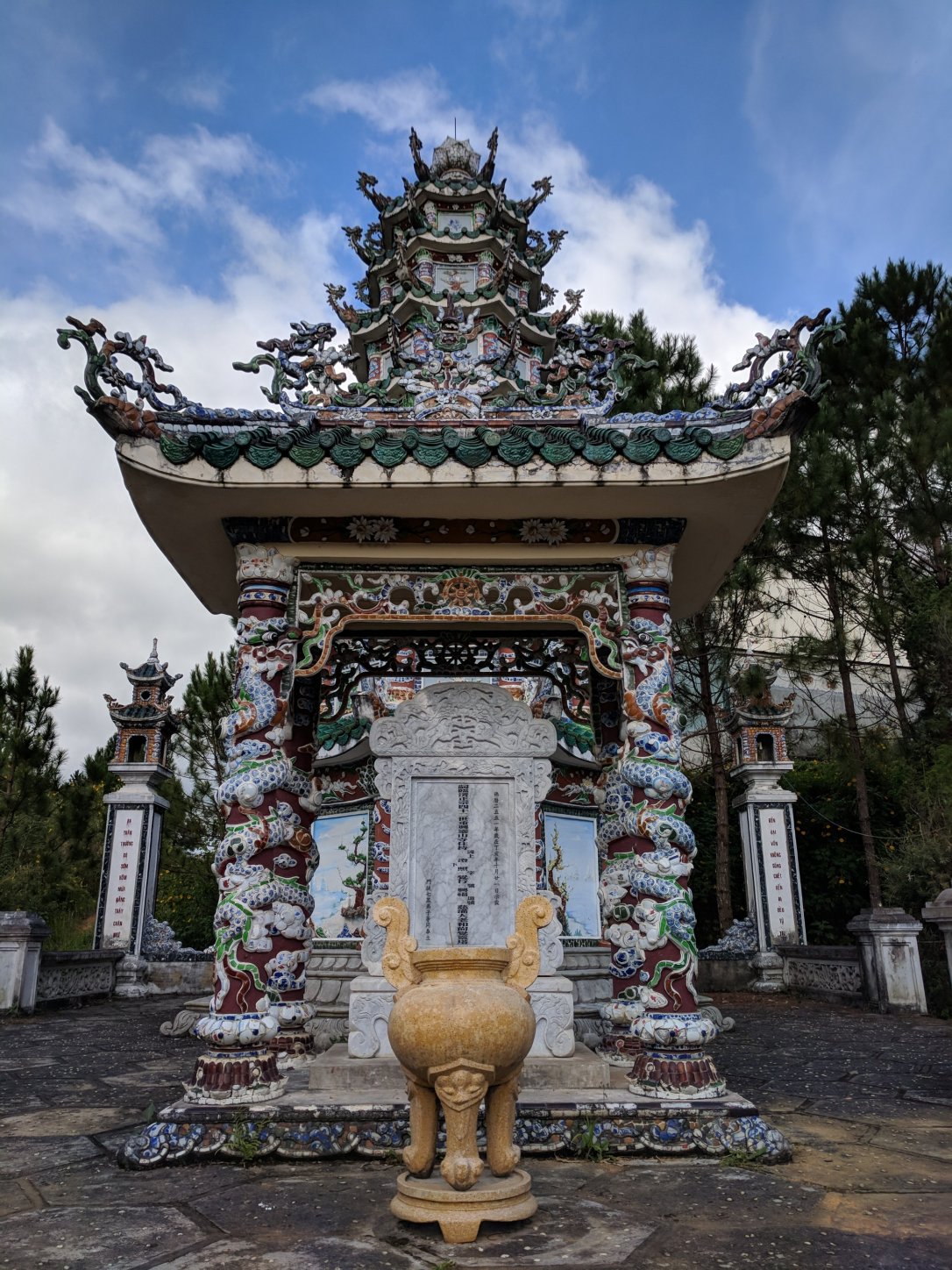 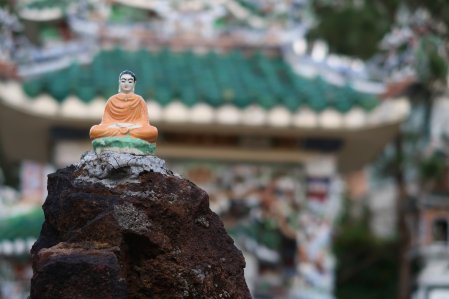 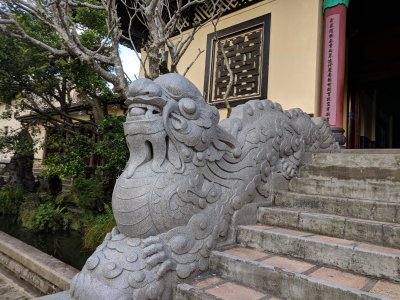 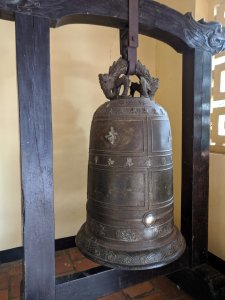 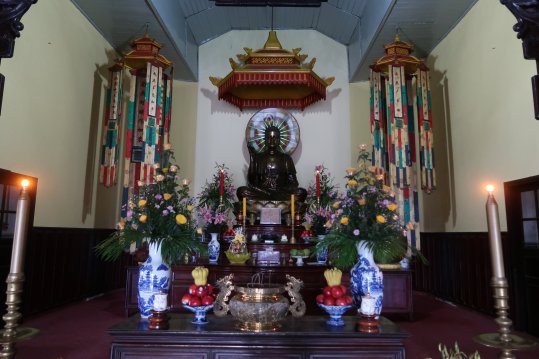 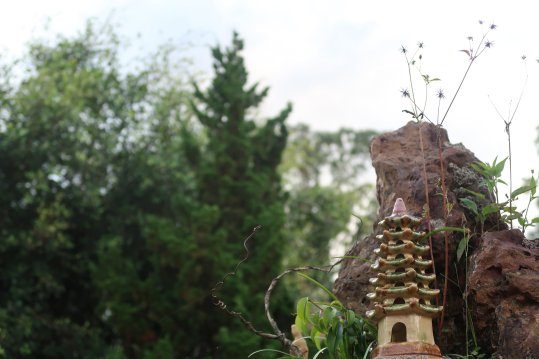 We decided to hit up an ice cream place I had on the map that was close by, and shared an avocado ice cream. It was pretty tasty. Then we decided we were thirsty after that, so we stopped at a cafe a bit further down and had another milk tea.. This one had jellies in the bottom. By the time we finished the tea my stomach was like, “you idiot.” I learned a valuable lesson – avoid the milk, or at least limit it. I had three milks (two teas and an ice cream) and it was way too much for my system. I felt quite yucky for the rest of the night. Sal was full, too, so he ate a granola bar for dinner and I had water. Ah well!